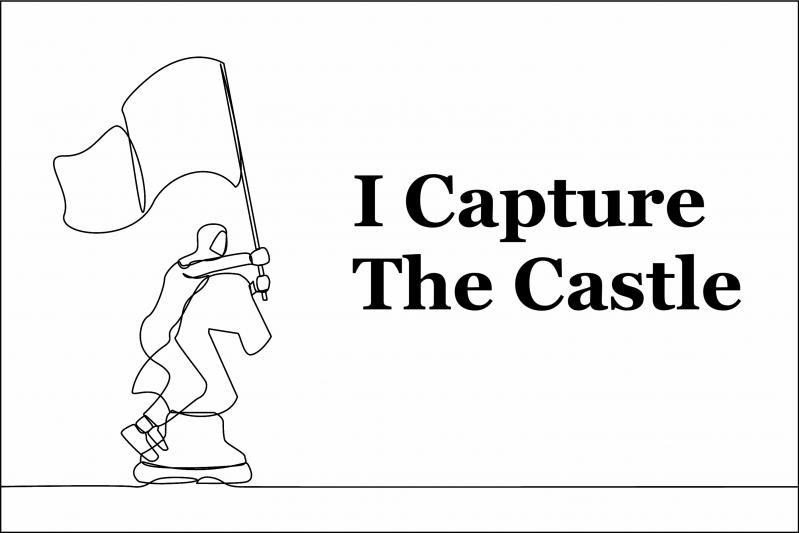 Another Thursday afternoon in autumn at the John Jermain Memorial Library in Sag Harbor and the grade-schoolers are rolling in for the weekly chess meet-up and lesson with their coach, David Beard.

The students are a mix of girls and boys interested in the so-called “game of kings,” which gained popularity during the Covid crisis and its stay-at-home mandates. Chess had a girl-power moment recently with the popular Netflix series The Queen’s Gambit and is now in the news again as a cheating scandal unfurls around a 19-year-old chess grandmaster named Hans Niemann, who has been accused of cheekily cheating in his ascent to the top of the chess-world heap.

The kids here today seem blissfully unaware of the scandal as they pile into the chess room for an hourlong lesson with Coach Beard, a former chess champion in eastern Maine who arrived in Sag Harbor by way of New York City about 15 years ago. “I had four varsity letters in high school,” Beard says jokingly — one of them being for chess — but the game fell by the wayside in his adult life. That is, until the Covid crisis, “when a couple of people out here who were interested in chess started doing it with younger people.”

Frankie Sokolowski is a 9-year-old fifth grader at Sag Harbor Elementary School who is today sporting a New York Islanders hockey jersey at the Jermain Library as he describes his interest in chess. “It’s like a thinking game, and I really like to learn stuff,” says young Frankie as his mother, Bridget, stands by.

Frankie was playing checkers before he picked up chess around the start of the school year. “He really wanted to learn,” says Bridget Sokolowski, a counselor at the East Hampton High School and former counselor in the elementary school where, she says, “there was a lot of popularity in the chess club but it was hard to find someone to be an adviser.”

Beard heads into the library’s chess room, where the pieces are clattering and the kids are chattering, and starts his lesson.

His instructional method, he says, is something he picked up from one of his Maine instructors when he was young. It starts at the end game.

Players are set up with a board that’s barren except for one color playing a queen and a king, while the other plays a king. The idea is basic, says Beard: Avoid a stalemate and win. “This teaches you how to checkmate the king, how to win at the end game — you learn to actually win there and work your way back to the complexity of the game, adding pieces if you win.”

Inside the chess room,  Beard holds court. “Once you get the king, then it’s over,” he advises.

“Do you know how to castle?” he asks.

“You’ll want to get your other horse out,” he says, by way of cutely identifying the knight in kid-friendly language.

Maria Elias is the mom of one of the girls playing chess today, and notes that her child “loves games and is very good at them — is very strategic.” An older sister tried to teach her sibling the game and then Elias decided to sign her up for the free program at the library, which, in addition to the kids’ chess program on Thursday afternoons from 3 to 4, also hosts regular teen-and-adult chess nights Thursdays at 5.

For kids and their parents looking to set up a chess club of their own, the organization ChessKids provides a starter kit that includes five sets, an instructional poster, and ChessKid Gold memberships (chesskid.com). Another great resource is the Long Island Chess Club (lichessclub.com),  based UpIsland in East Meadow, which hosts chess tournaments through the year sanctioned through the United States Chess Federation (uschess.org). The Children’s Museum of the East End, in Bridgehampton, runs a kids’ chess club, as well, although it isn’t in session at the moment (cmee.org).

Whether Beard’s labors will lead to an East End grandmaster is anyone’s guess, but these kids mean business.

Nate Woiwode is on hand at the Sag Harbor library with his chess-playing son. He says that “as far as I know, my son is not aware” of the cheating scandal rocking the chess world. That’s probably a good thing since the scandal includes bizarre accusations that, among other things, Mr. Niemann inserted battery-operated “love beads” into his nether regions to use as a sort of signaling system. (According to a Newsweek report, the love beads would “vibrate, suggesting the correct moves in code via an accomplice.” Niemann has forcefully rejected that accusation.)

But to return to a more family-friendly note. . . . Last summer, Woiwode bought his son a set and they played at least once a day for a while, setting up the board on their kitchen island in Sag Harbor and trading moves while he made dinner or did the dishes.  “He’d say, ‘Hey, let’s play a game while we’re doing these other things,’ ” said Woiwode, adding that he and his wife are particularly good players themselves.

“He beat me the other day,” said Woiwode with a broad smile. “So now we’re rethinking the whole thing.”