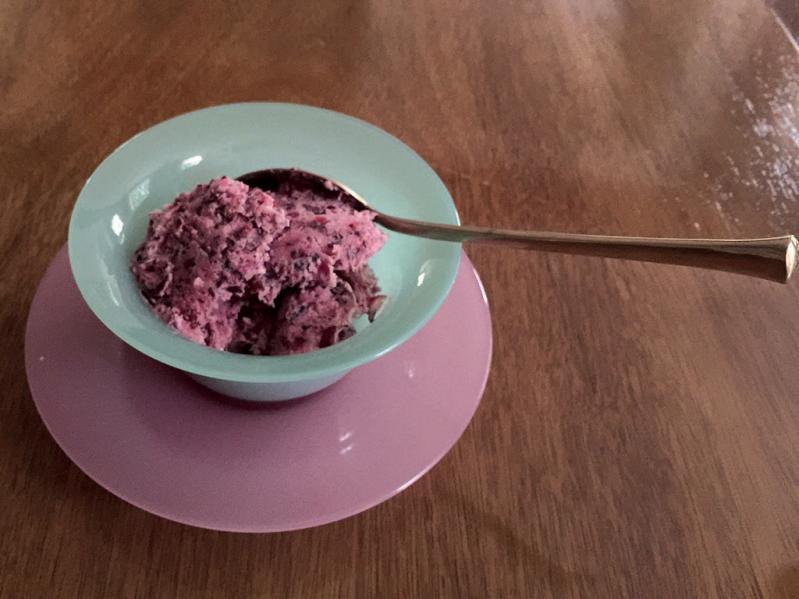 Craig Claiborne's cranberry relish recipe continues to get a boost from a long held misconception that it was the recipe of a public radio personality's mother.
Laura Donnelly
By Laura Donnelly

In the late 1970s and early ’80s I worked for National Public Radio in Washington, D.C. Every year around this time, our beloved “All Things Considered” host Susan Stamberg would share her mother’s recipe, Mama Stamberg’s Cranberry Relish, with her listeners.

“Mama” Stamberg got credit for this wildly popular concoction until the true inventor, Craig Claiborne, gently reminded Susan that it was his recipe from a 1959 New York Times column. In 1993, Mr. Claiborne told Mrs. Stamberg: “I am simply delighted. We have gotten more mileage, you and I, out of that recipe than almost anything I’ve printed.”

It is a somewhat peculiar recipe, and the color is disconcerting. It is a vibrant Pepto-Bismol pink, but it is delicious and I make it every year to go with turkey, and later, roast beef sandwiches. I like to imagine Mr. Claiborne foraging for cranberries in the bogs of Napeague long ago.

Grind cranberries and onion together to a coarse puree. Add everything else and mix. Place in plastic container and freeze. On Thanksgiving morning, transfer to the refrigerator. When you serve it, it should still have some icy slivers in it.