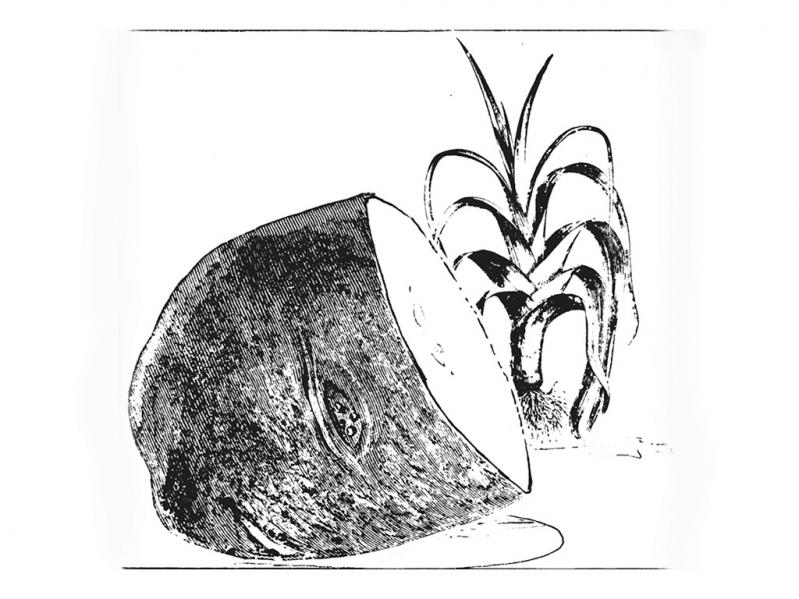 This soup has existed about as long as farming has in western civilizations. It is the mainstay peasant soup of France and can be used as the founda­tion for any number of other vegetable soups. In restaurants this soup is near­ly always pureed, but in the old-fa­shioned country version it is not — the vegetables are simply cooked to near disintegration. My version is a compro­mise because it is intended as a main dish and somehow a pureed soup never seems to make it — the hungry mouth needs something to chew on, I guess,

Cut the tops off the leeks, leaving only the tender part of the green — which isn’t very much of it. Split the leeks from the top almost through to the root. Hold under a strong stream of cold running water to rid them of sand. Cut off roots and slice very thinly. Melt the butter in a heavy enameled steel deep pot (or any material that will not discolor the potatoes — you want a creamy white result) and gently saute the leeks, covered, for ten minutes, stirring several times. They should not take color.

Peel the potatoes and cut them into small dice. Add them to the pot along with the celery and mix well with the leeks. Add the chicken broth and salt and freshly milled pepper to taste. I use white peppercorns but, if you don’t mind the black specks, black ones will do. Bring to a boil and simmer for about 45 minutes or until the vege­tables are totally, utterly, falling-apart tender—no crispness please.

Remove about half the soup and puree it either in a food mill, blender, or what-have-you. Return it to the soup pot and reheat with the remaining soup. Serve in large, heavy, hot soup plates with a trickle of cream spiraled on top. Sprinkle each serving with a lit­tle parsley.

Some medium rough country bread, good butter, and a couple of cheeses — say a Roquefort and a soft runny one such as St. Andre or a Reblochon. Re­member to let cheeses breathe, unwrap­ped, in a fairly warm room for at least two hours before eating them. Pour either a full-bodied white (such as a Burgundy) or red wine to complete this soup, bread, and cheese supper or lunch.