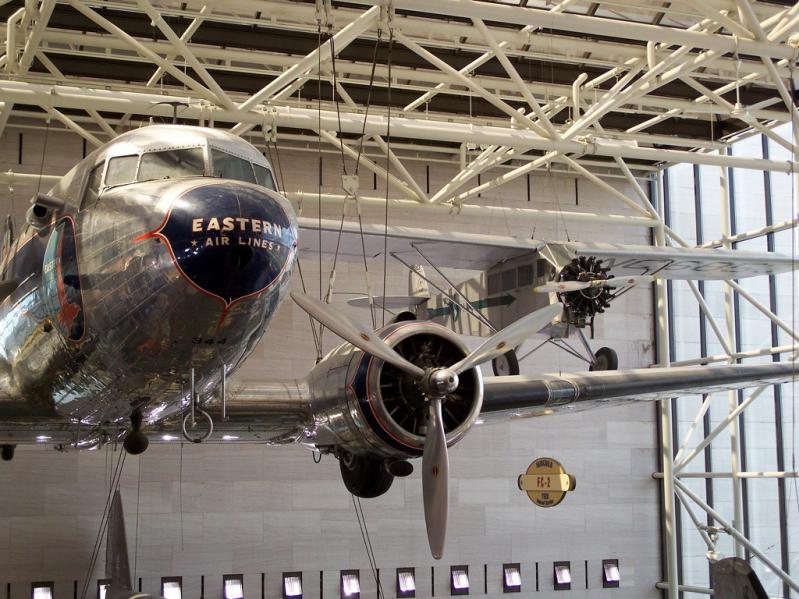 The news that the airline industry is on the verge of collapse as of today, Oct. 1, with the expiration of the federal CARES Act wage supports, has me waxing nostalgic.

On top of the threats of massive worker layoffs — 19,000 at American, 35,000 at United — Delta’s more targeted cuts hanging over 1,900 pilots is especially a bringdown. The brief, shining moment of Sully Sullenberger’s water-landing heroics notwithstanding, the profession has been losing luster for years. With the continuing disintegration of civil society, airline pilots are in danger of becoming glorified bus drivers, only with less job security but similar attire and policing demands, hauling sullen, unruly masses to the next stop down the line. Salary-wise, schoolteachers are better off.

It wasn’t always that way. My maternal grandmother, Ruth, had an older brother, Frank Jaster, who was one of the World War I ace Eddie Rickenbacker’s early hires as he turned Eastern Air Lines into a major player in the industry starting in the 1930s.

In those days, airline pilots were celebrities, and Frank dated movie stars, drove an eight-cylinder Cadillac, back when that was a good thing, and found himself written up by Ed Sullivan, who was a gossip columnist before he was a TV host.

Family lore has Frank encountering another columnist, the king of them, Walter Winchell, on a particular flight. Frank and Ruth had lived with their uncle, who, as the president of a lace manufacturing concern near Union Square in the city, had money and a big house in Glen Ridge, N.J., where during the Depression they had taken in boarders — including for a time a down-and-out Winchell. “Tell anyone about my past and I’ll ruin you,” was his greeting to Frank.

Those were different times.

Today, the diminishment of pilots continues with automation, which could well be the undoing of us all one of these days. The overdoing it with the autopilot, the unquestioning faith in technology, may have reached its inevitable end with the Boeing 737 Max disasters. When I first heard about them, I was put in mind of what I’d once heard as a dirty secret — that flying a jetliner was deceptively easy. As long as you’re not forced by a computer into a death plunge.

Real piloting is more like the time I sat in the back of my father’s two-seat Piper Cub taildragger as he furiously fought the joystick in a stiff crosswind while trying to land at Gabreski Airport in Westhampton Beach. That’s operating “close to the machine,” as they say in some engineering circles — lower-tech, intimate.

That was decades ago, on a return from a banner-towing flight above the beaches of the South Fork, one of many I tagged along on. The funny part being that I was never once worried. It wasn’t until much later, when I had three kids, that I found myself sweating bullets and gripping the armrests as the family descended together in a Southwest Airlines jet into the haze of a South Florida morning. Then I was afraid.