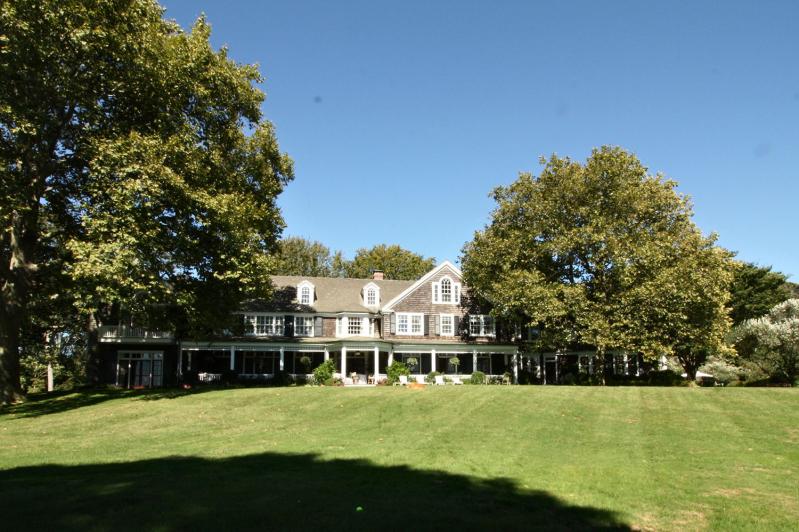 Briar Patch, built around 90 years ago, has had just three owners, each owning it for about 30 years.
Durell Godfrey
By Christopher Walsh

Briar Patch, an 11.5-acre estate in East Hampton's Georgica neighborhood listed for sale earlier this year for $95 million, was awarded to Avenues Global Holdings, the parent company of Avenues: The World School, an international network of for-profit private schools, at auction last week.

The Wall Street Journal reported last week that Avenues Global Holdings was awarded right and title to the property at 90 and 100 Briar Patch Road for a credit bid of $700,000 on June 13, a forced sale to fulfill more than $6 million in debts owed by Chris Whittle, a co-founder of Avenues who has owned the property for 31 years.

The Journal previously reported, in 2019, that in 2013 Avenues Global Holdings had lent Mr. Whittle a sum "that grew to more than $13 million in 2017. He didn't repay it on time, and the dispute landed in state Supreme Court" in Manhattan in 2018. In February, the Journal reported that Mr. Whittle still owed Avenues $6.7 million.

A legal notice regarding an April 13 auction at the Suffolk County sheriff's office in Yaphank ran in The Star in the spring. The auction was postponed, but finally took place last week.

Briar Patch, built around 90 years ago, has had just three owners, each owning it for about 30 years. The property features an approximately 10,000-square-foot main house and a guest house. Mr. Whittle, who lives at the property with his wife, Priscilla Rattazzi Whittle, a photographer and president and co-founder of the Friends of Georgica Pond Foundation, had listed the property at $140 million in 2014, reducing the asking price earlier this year.

For Mr. Whittle, who left Avenues in 2015 and launched Whittle School and Studios, another international network of private schools and a competitor to Avenues, the loss of his East Hampton property is wrenching. Speaking with The Star last week, he described the auction of the house he bought for $7 million as an unforeseen but unsurprising outcome of the coronavirus pandemic.

"A few years back," he said, "I took out a large mortgage on my property here to invest it in my global schools company, Whittle School and Studios. I did that to demonstrate to families within the school and investors alongside me that I had a deep commitment to what we were doing." That was about two years before the pandemic struck, he said.

The pandemic "caused enormous disruptions in the world of schools," Mr. Whittle said, "and it was particularly punishing on international schools, which is what I do. It closed them for long periods of time -- in our case, literally, we couldn't get hundreds of faculty back and forth across borders." Construction of schools that was underway was also halted.

"I felt like I went through Covid three times," he said. "First, we were impacted in China where it began, where half of our schools are." Then, it arrived in the United States, where one of the largest outbreaks -- Brooklyn -- is the site of a school under construction. "Then we had plans to begin construction in India. The recent outbreaks have set all those back in various ways. I can't tell you what it was like."

He said that he has raised new capital to support his schools, and thanks to a merger, Whittle School and Studios will grow from four to eight schools. "But, during the period, I had to make this awful, terrible decision, which is, I did not have enough resources to both support the school and support the home. Halfway through the crisis, I realized I had to make a choice, and chose to divert every bit of capital I could to the school and its mission. I had 1,200 families that were counting on me, and investors, and, ultimately, it's my livelihood. I had to think about that long term. It was a heart wrenching choice, and I'm sorry to let my family down, but in the long term I think it will be best for them as well."

On Monday and Tuesday, the main number at Avenues' global headquarters in Manhattan was apparently disabled, as calls to it could not be completed. An email sent on Monday had not been answered as of yesterday.

This story has been updated to correct the estate's Briar Patch Road address.

Stuffed With Turkey? Walk It Off
Blood Drive Tuesday in Bridgehampton
Holiday Lights and Charitable Efforts in Montauk
END_OF_DOCUMENT_TOKEN_TO_BE_REPLACED