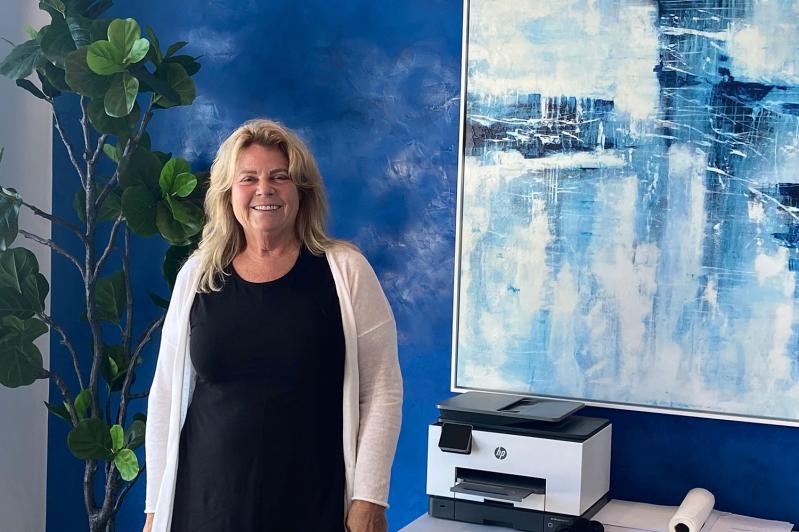 Nancy Burner in her firm’s Westhampton Beach office. With so many clients living farther east during the pandemic, the firm has opened an East Hampton office.
Jamie Bufalino
By Jamie Bufalino

An all-female law firm that focuses exclusively on elder law, and trust and estate planning has opened an East Hampton branch to cater to clients who have moved here during the pandemic.

The Burner Law Group, which has headquarters in East Setauket and offices in New York City and Westhampton Beach, was founded in 1995 by Nancy Burner, who, after having had a child — her third — in the last year of law school, was seeking to find a job that allowed for a healthy work-life balance. “I interviewed with big firms in the city, and said I’m not doing this, because they tried to scare you with how many hours you’d have to work, and I was trying to juggle a family,” she said. She joined a firm in Riverhead, but found herself dissatisfied. “I was thinking about leaving the law, but then I went to an elder law and trusts and estates conference in Denver, and I wanted to sing, because I thought, ‘Helping seniors, I could do this.’ That’s when I put up a shingle on a little basement office.”

“There’s a big planning component in elder law, because none of us knows where we’re going to end up,” she said. “Our goal is to help people age in place, and we believe as time goes on fewer and fewer people will end up in nursing homes.”

Despite the firm’s area of expertise, its clients span the age spectrum. “I have clients who are a 35-year-old couple with two children, but no will or trusts yet, and they need something in place,” said Britt Burner, Ms. Burner’s daughter, who joined the firm in 2014 and set up the New York office.

Although law firms are typically male-dominated, the Burner Law Group has consistently (although not exclusively) attracted female lawyers because of the workplace culture. “I don’t think she ever intended for it to be an all-female firm, but she created a collaborative and supportive environment,” Britt Burner said of her mother. “We have a lot of young mothers, a good maternity leave policy. There’s an understanding of the pressures people have at home and at work, and that’s why it’s turned out this way.”

After the onset of the pandemic, the firm’s New York City clients migrated to the East End, but the firm didn’t have a space close enough to accommodate them.  “We would say, ‘Come to our Westhampton office,’ and they’d say, ‘Westhampton? Westhampton is halfway home,’ “ said Nancy Burner, who thinks the office at 300 Pantigo Place will also bring in plenty of new clients. “There’s a real need for this here,” she said.