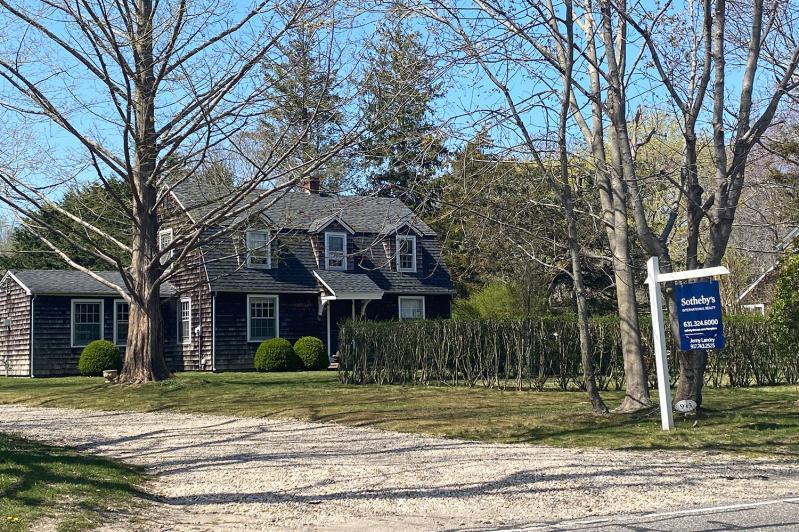 A surge in sales lured residents who hadn’t been planning to sell their houses to “seize the moment,” said Philip O’Connell, the executive managing director of Brown Harris Stevens’s Hamptons division.
Jamie Bufalino
By Jamie Bufalino

Sales of single-family homes on the South Fork hit a record high in the first three months of the year, according to a report from the Brown Harris Stevens real estate agency.

The sale of 601 houses marked a nearly 25 percent increase from the first quarter of 2020, according to the report, and, buoyed by the sale of properties priced above $1 million, the total dollar amount of transactions increased by 125 percent, from $734 million to $1.65 billion.

“I cannot a recall a market this strong,” said Philip O’Connell, the firm’s executive managing director of the Hamptons office. A surge in sales lured residents who hadn’t been planning to sell their houses to “seize the moment,” he said, and those who had long-term investment properties finally cashed in.

The Douglas Elliman agency reported 509 home sales, the highest first quarter total in six years. “The $1 million to $5 million price range was where the runaway growth in sales was,” the agency said. The Town and Country Real Estate agency also noted a boom in high-end homes. The sale of houses in the $2 million to $3.49 million range increased by 500 percent over the same period last year, according to its report.

The quarter was especially good for sellers, according to the Douglas Elliman agency, with more than 22 percent of houses selling above the listing price because of bidding wars. For those seeking to buy, however, the market was challenging. Listing inventory decreased by 40.5 percent from the same period in 2020, the largest decline in 13 years.

With inventory low, and prices high, some real estate analysts have suggested buyers may be overpaying for homes, Mr. O’Connell said, but he doesn’t agree. “If you’re an end-user and you’re going to enjoy the house for seven, 10, 15 years, it’s not as significant a risk as someone buying and looking to sell it immediately,” he said. Plus, compared to other resort communities such as Newport Beach and Montecito in California, “we’re actually reasonably priced,” he said.

In East Hampton Town, 193 houses (including 19 in Amagansett and 28 in Montauk) were sold during the quarter, according to Brown Harris Stevens. There were 102 sales in Southampton Town (including 37 in Water Mill, but not those in areas west of the Shinnecock Canal), 46 in Sag Harbor, 36 in Southampton Village, 28 each in Bridgehampton and Sag Harbor Village, 24 in East Hampton Village, 11 on Shelter Island, nine in Sagaponack, and seven in North Haven.

As a result of the boom, revenues for the Peconic Bay Community Preservation Fund hit a historic high. The fund provides money for land preservation, water quality improvement, and the protection of maritime heritage. It receives the proceeds of a 2-percent real estate transfer tax in the five East End towns. Assemblyman Fred W. Thiele Jr. announced on Friday that, in the first quarter, the fund had collected $55.22 million in revenues, nearly 79 percent more than in 2020, and the largest first quarter intake since the program was started 23 years ago. Revenues in March were $18.15 million. “This marks the eighth straight month that revenues have exceeded $10 million per month,” said Mr. Thiele, and “the last six months have all exceeded $15 million per month.”