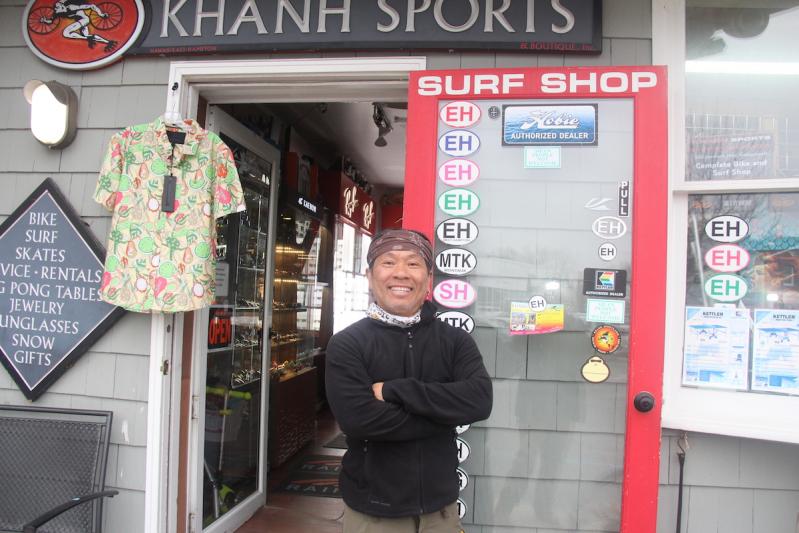 Khanh Sports, an athletic gear and equipment rental store in East Hampton Village that had been due to close in February because of a steep rent increase, will be sticking around for a few more years, Khanh Ngo, the owner, said on Monday.

"I didn't want to just up and leave my customers out of nowhere," said Mr. Ngo. Late last year, the store's landlord informed him that he would have to begin paying $80 to $100 per square foot for the approximately 2,000-square-foot space on the Reutershan parking lot. "That's double what I'm paying now," he said at the time.

Instead of closing, however, Mr. Ngo decided to downsize, squeeze whatever merchandise he could into a 600-square-foot space, and transfer the rest to the larger branch of Khanh Sports on Montauk Highway.

Although he'll be paying more for a smaller space in the village, he said, he owed it to his customers to give them more notice before pulling up stakes. He said he plans to stay three more years.