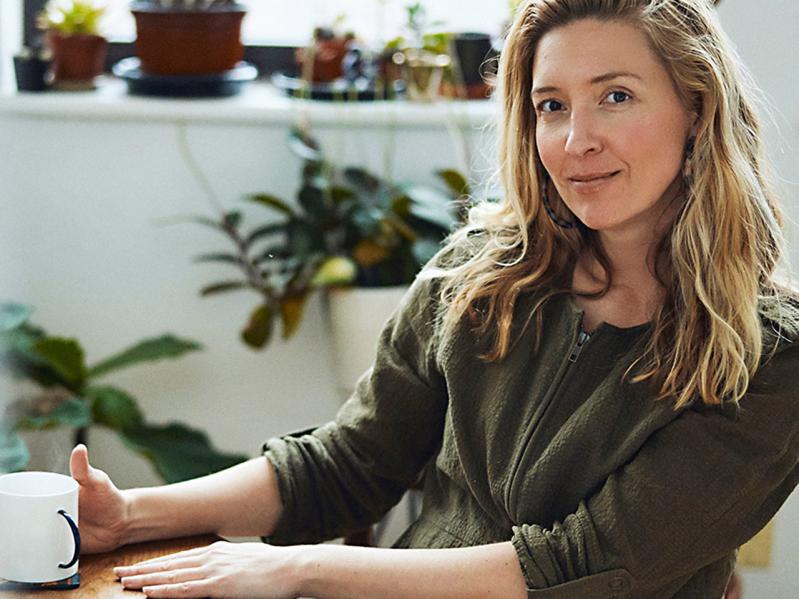 Amy Hammond, the founder of Glow Water
By Isabel Carmichael

The arc of the wave is still rising up, gaining momentum, but not yet ready to curl its lip, although Amy Hammond of Sag Harbor is sure that too will happen. Ms. Hammond, who recently started Glow Water, a company that produces three different formulas of CBD tea, said an emerging market would become ubiquitous as people realize the potential for using the hemp derivative medicinally, to manage anxiety, sleeplessness, and pain.

Looking for a way out of retail in Manhattan — where she worked in high-end, luxury fashion — Ms. Hammond taught core fusion barre, based on the Lotte Berk Method, for almost six years, but then “needed supplemental income to counterbalance living in a resort community,” she told an acquaintance.

She saw many of her fitness clients struggling with chronic problems and began researching possible ways to help them using CBD oil. Figuring that many people enjoy drinking tea, and that putting CBD in tea is much pleasanter than ingesting the oil, she decided to make teas that include 100-percent organic CBD derived from hemp, with 25 milligrams of CBD in each teabag.

“Tea is an age-old tradition,” she said, “and it’s healthier than eating gummies,” which have so much sugar.

There has been a big shift in thinking, she said. “The stigma that hemp is a bad guy is going away.”

Hemp has no THC, which is the ingredient in cannabis that makes people high. What Ms. Hammond called “full spectrum” CBD has several different compounds, including trace amounts of THC, which do not produce what she called “a psychoactive effect.” The compounds come together, she said, to be salutary.

CBD is legal in New York State as a dietary supplement, and Ms. Hammond has a family friend in Reno, Nev., who grows it organically and packages it at his plant using a design she and another friend came up with.

Her three formulas are: Calm, made using red rose petals, spearmint, and rooibos, an Afrikaans term for a broomlike member of the aspalathus genus, Sleep, made from chamomile, lavender, and elderberry, and Restore, useful before or after a workout, made from ginger, hibiscus, and red raspberry leaf. The ingredients are tailored to remediate the specific problem using the combined properties of the herbs and the CBD.

Googling “cannabinoid system” yielded this: “Because CBD stimulates the endocannabinoid system, it helps to promote homeostasis in the body, reducing the sensation of pain and inhibiting inflammation.”

Ms. Hammond acknowledged that there is a lot of information she has been taking in. “I just want to sell tea and make a difference.” Another important goal, she said, “is to have everything be made in the Hamptons: grown, produced, and made.”