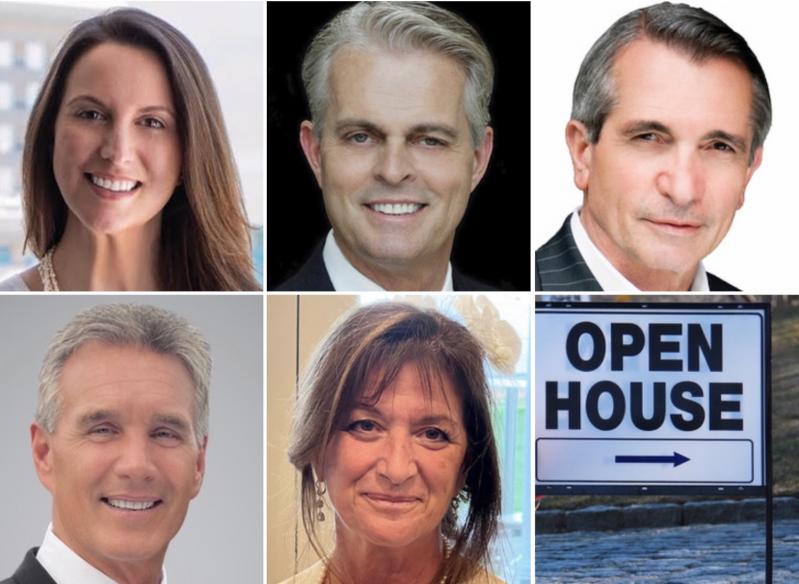 Residential real estate transfers made history on the South Fork again in 2021, with record-high sales totals, record-low inventory, and a lightning-fast pace at which deals are being made.

This frenzied year, described by industry professionals as a seller's market in which cash is king and bidding wars are a thing, is once again all thanks to Covid-19.

"This whole market has continued on an upbeat pace," said Todd Bourgard, senior executive regional sales manager for the Douglas Elliman firm. "I think the big story certainly for 2021 is that our closed volume of business outperformed 2020. We did not see that coming -- that was a big surprise."

Douglas Elliman's third-quarter report, charting data from July 1 through Sept. 30, shows that its average sales price rose 15 percent, up to $2.3 million, on the South Fork over the same time period in 2020. The number of deals also increased; by the end of the quarter, the firm had closed on 1,581 properties since Jan. 1, up by about 14 percent year-over-year.

At Town and Country Real Estate, according to a third-quarter analysis, the mean sales price rose by almost 38 percent in a year, up to $1.757 million. The bulk of its sales came in under $3 million. Total sales volume through the third quarter was just under $846 million, actually down from $971.5 million in 2020; however, that's tied to the number of sales that Town and Country agents made. There were 272 sales through September, down 39 percent from the same period in 2020, but that wasn't for lack of effort. It was a lack of inventory.

Judi Desiderio, Town and Country's chief executive officer, said people ask her all the time, "Don't you think prices are going to come down?"

"Not when you can't increase your inventory," she said. "It is what it is. There's little to no development potential available. . . . Everybody is still looking for what they saw pre-pandemic. If they didn't pull the trigger before or during the first year of it, they're kicking themselves all the way toward the mortgage broker."

Speaking of mortgages, the fairly low intereLow inventory may be the only thing slowing real estate sales, agreed, clockwise from top left, Sarah Minardi of Saunders and Associates, Robert Nelson of Brown Harris Stevens, Enzo Morabito of Douglas Elliman, Judi Desiderio of Town and Country, and Todd Bourgard of Douglas Elliman.st rates right now would normally have been a boon for buyers, but in the current South Fork market, relying on borrowing to buy a house can actually inhibit one's chances of making the deal. Sarah Minardi, an agent with Saunders and Associates, explained she is seeing more cash offers and noncontingent mortgages than ever before.

"What we're not seeing is many owners open to mortgage contingencies," which means a buyer is less reliant on borrowing and usually means he or she has other resources to put toward buying a house, Ms. Minardi said.

And it opens the door for a bidding war to happen. These "are really emotional," she said. "It happens right at the front end of when a home is listed for sale. It's about people coming in full force and putting in their best offer."

Enzo Morabito, a colleague of Mr. Bourgard's at Douglas Elliman, recommends that sellers "should almost price it at market value or a little bit below, but if you do market value, you'll start a war. It's easier going up from that price to make more money than it is if you overprice it and work your way down."

Bidding wars often end in cash deals, higher prices on houses that may need some work, and sight-unseen sales. "Some will say do a Facetime with me and put an offer in," Ms. Desiderio said.

Does that then give a particular demographic of buyer an advantage?

Not necessarily, Ms. Minardi said. "Most people who are buying out here, for the most part it's a second home or it's an investment because the prices have increased so much. I don't think it favors anyone -- I just think where the prices are right now, it's very hard for somebody buying their first home to do it without some sort of help."

Ms. Desiderio said that buyers "should be prepared to be able to buy the home in the price range of their comfort zone with cash. If they don't have cash, meaning you liquidate stocks or use an inheritance or whatever it might be, then be prepared to be in line or in competition with somebody who has cash."

Also in 2021, houses spent less time on the market. "I would say that some of the homes that had been lingering on the market did sell in 2021, meaning buyers decided, due to lack of inventory, that they would take a home that needed some work," said Robert Nelson, executive manager of sales for the Brown Harris Stevens firm. "Even a home from the 1990s, the buyer today would say needs work. . . . Remember, you can always improve a house -- you can always make it what you want in time. Many people forget that."

"Many sellers have accepted offers in a matter of days in 2021," Mr. Nelson later continued, "because they came out priced correctly."

Asked to extrapolate the trends to 2022, Ms. Desiderio replied, "I said to our agents, 'Buckle in. When you think you're going to have some time off this winter, you're not.' "

Ms. Minardi predicted that people will "still very much be active in the market, still looking to buy. They're also paying attention to the town that they want to be in. They are really thinking about it long term -- not just summer, not just weekends."

Mr. Morabito said he feels that "the best part of this business right now is looking to see where this is going to go next." He compared it to the real estate market in Brooklyn, where many neighborhoods are considered up-and-coming hot spots, and said there's a demographic here that's on the rise, too.

"What we're looking for is the next Brooklyn. Where can people afford it? I'm seeing it right now in Hampton Bays and East Quogue," Mr. Morabito said. "It's that age group that can't afford the top, top echelon, but they're smart enough, so they buy stuff. It's not going to go away, it's just going to change."

Mr. Bourgard looked into his crystal real-estate ball and said, "We are going into 2022 very, very strong. I anticipate another very good year."

Buyers next year will have to be more prepared than ever, Mr. Nelson said. "Keep active, keep looking, and hopefully something comes up that will work for you."