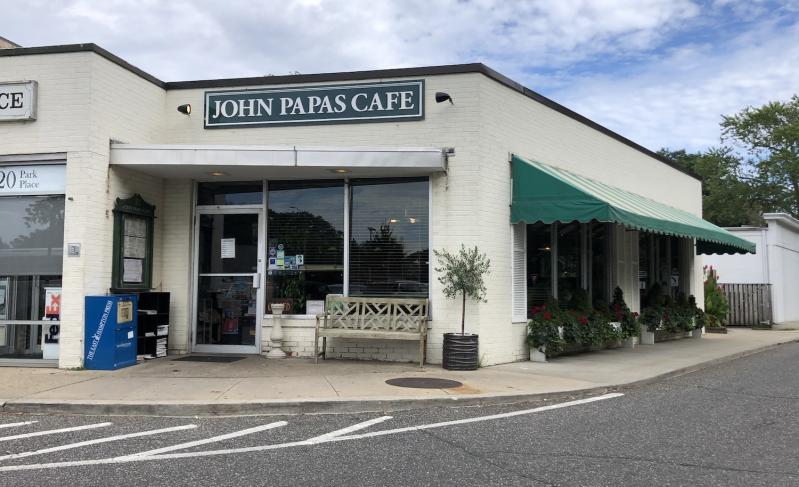 John Papas has operated at the entrance to the Reutershan parking lot in East Hampton since 1992.
Christine Sampson
By Jamie Bufalino

John Papas Cafe, an East Hampton Village fixture since 1992, is for sale for an asking price of $1.3 million, Hal Zwick and Jeffrey Sztorc, the Compass Real Estate brokers who hold the listing, announced on Monday.

Offering a mix of Greek and American food, the popular cafe, which has a long-term lease on a 1,300-square-foot space in the Reutershan parking lot behind Main Street, is one of the few diner-style, relatively low-cost eateries on the East End. Mr. Papas, the owner, could not be reached for comment, but in announcing the listing, Compass said he "is ready to pass on the torch to a new business group, to continue the existing vision or enhance it."

The space contains a kitchen, a counter, restrooms, seating for 50, and a large basement, according to the listing.