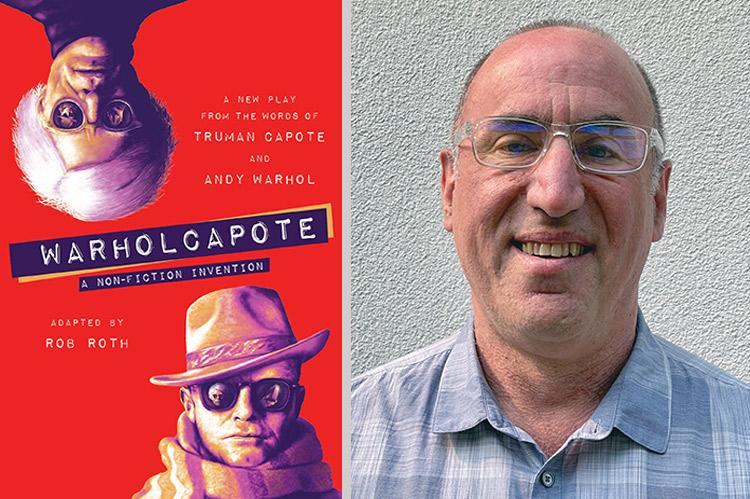 In the afterword to his book "WarholCapote: A Non-Fiction Invention," Rob Roth, a Broadway director turned author, tells the story of the work's inception. Being dragged on a cruise that he was dreading, he rereads "The Andy Warhol Diaries" and finds an allusion to a series of taped conversations between Warhol and Truman Capote. Intrigued as to the tapes' whereabouts, he tracks them to the Andy Warhol Museum in Pittsburgh, but they come with instructions to keep them sealed until 2037.

The author then appeals to the Warhol Foundation to access the tapes. Cindy Sherman and John Waters both sit on the board of directors and push for approval. Permission granted, Mr. Roth pores over the hundreds of hours of recordings and, fascinated by their contents, decides to write his nonfiction drama based on the conversations he has culled together.

Now, Andy Warhol and Truman Capote were two of the most public artists of their time, and the number of interviews conducted with both men — especially Capote, who admits here he prefers talking to writing — means that access to these tapes is not exactly the discovery of Cleopatra's tomb. None of the projects the artists talk about — a Broadway play, a nightclub, etc. — ever get done, and there is a sameness to many of the conversations, which include Capote telling stories of dubious veracity, and Warhol replying, "Yeah, that's so great, wow," in what we can assume is his usual flat, lolling monotone.

However, if "WarholCapote" is mostly a series of gossipy lunches, the two are indeed quite amusing together. Mr. Roth has done a good job of pasting together these dialogues in such a way that there begins to manifest a deep rapport between the two, and this affection and trust leads to some modest, if trenchant, revelations.

As you may guess, much of the fun comes from Capote's penchant for celebrity gossip, for which he possessed a talent nearly as prodigious as his prose. There is dirt dished here on Mick Jagger, David Bowie, Elton John, Jackie Onassis, and of course Liza Minnelli, including a very amusing anecdote about her and the director Martin Scorsese. "Like she was walking down the street with Jack Haley, her husband," Capote explains, "and they'd run into Marty who she's having an affair with, and Marty confronted her that she was having an affair with Baryshnikov, and Marty said how could she. This was going on with her husband, standing there!"

There is also a story here, related by Capote, about a sexual encounter with Humphrey Bogart on the set of "Beat the Devil," which may or may not be filed under "author's embellishment." Even Warhol is suspicious, sharing an aside to the audience that articulates what we already know: "Truman makes up so much."

Capote is very sharp in his assessments, however, on the subjects of fame and its close cousin, charisma. Of Mick Jagger: "But what I think's amazing about him is that there's no single thing of all the things he does that he's really good at. He really can't dance . . . he really can't move. He's moving in the most awkward kind of way. . . . But somehow the combination works."

Of Jackie O., whom he knew as a debutante, he says that she was "never fun," and though "bright and witty" he concludes that she was mostly innocuous. "After then, after she married Jack and went to the White House she . . . just developed this peculiar star quality. It happens to people. You never quite know what it is. It's like this candle's being lighted inside them. They never again quite look like anybody else."

For most of these dishy arias, Warhol is a bit of a cipher, reacting with his "Really? Wow, great" replies until even Capote grows irritated, which reveals a profound difference between the two. "Okay. This is the one thing about you that drives me out of my mind," Truman says. "You always think everything's great."

Finally Capote relents. "Well, it must be something real. I mean, it must be that you really think that. I am never generous. . . . I just assume everything is going to turn out for the worst."

As ever, Warhol remains a vague presence, a kind of human backboard for Capote's unrelenting fabrications. Occasionally, however, a brief glimpse emerges. His suspected asexuality, for example, is affirmed.

"Life hurts so much," Andy will later add.

Capote begins to open up about his childhood, which he calls "the most insecure." His mother divorces when he is 4 years old, and she and Truman move to a hotel in New Orleans. "She would leave me locked in this hotel room when she went out in the evening with her beaus and I would become hysterical because I couldn't get out of this room. It was really ghastly."

By the end, Mr. Roth gives us a sense of two people who, for all their fame and social cachet, seem oddly lonely and removed from the world, each weighed down by a wound they can't quite name. Capote speculates it may be the act of creating itself. "When God gives one a gift, whatever it may be, composing or writing, for whatever pleasure it may bring, it also is a very painful thing to live with. It is a very excruciating life."

Entertaining and occasionally incisive as Mr. Roth's play is, the rest of the book (the play is about 90 pages) seems like a padded attempt to get to the 200-page mark. In addition to the afterword, there is a preface and even a glossary — in case, one presumes, you don't know who Jackie Kennedy was, or are allergic to Google.

There is a section titled "Bonus Material" — a transcription of mostly innocuous conversations about plane tickets, an idea for an oral sex school (they actually seem serious), and a miscellany of gossip. Strangely, Mr. Roth makes the decision to remove the names here, instead plugging in phrases like "a very famous rock star," or "a powerful Hollywood talent agent," and sending the reader down a speculative rabbit hole. (You can almost hear both artists chiding Mr. Roth from the beyond, "What fun is gossip if you don't know who it's about!")

Nevertheless, "WarholCapote" will take its place next to the growing library of works on both artists, who continue to fascinate audiences. They are, without question, two of America's most unique artist/personalities of the 20th century; Mr. Roth's work brings us another half-step toward understanding the hidden pain that simultaneously drove and crippled them.

Kurt Wenzel, a novelist, is a book and theater critic for The Star. He lives in Springs.

Truman Capote lived part time in Sagaponack, and Andy Warhol had a house in Montauk. "WarholCapote," the play, premiered at the American Repertory Theater in Cambridge, Mass., in 2017.