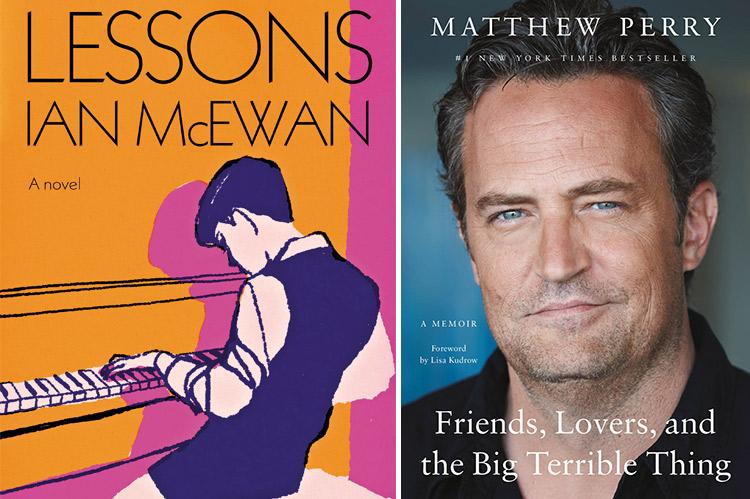 More and more, Ian McEwan seems like the U.K.'s answer to John Updike. There is the industriousness, of course, each author having produced over 20 novels, and then the light, nimble prose that seems so effortless it is often mistaken for superficial.

“Friends, Lovers, and the Big Terrible Thing” by Matthew Perry

Really, Kurt? Well, there's a reason Mr. Perry's memoir outsold Bono's — in Ireland! The actor's self-scathing account of his descent into drinking and drug abuse is as riveting as it is shocking. While the substances start out as a tool to quell self-consciousness, it soon burgeons as fame and absurd financial reward seem to wall Mr. Perry off from reality and himself. By the end (he's sober now) he's popping 55 Vicodin a day and showing up at open houses to rifle through people's medicine cabinets.

The memoir is not all doom, of course — there are some gossipy tidbits about his romantic relationships, and a fond recounting of the "Friends" years and castmates. But like Mr. Perry at his lowest, you're here for the drugs, and his clear-eyed honesty should (though it probably won't) scare everyone away from opioids once and for all. (Flatiron Books, $29.99)

“The Candy House” by Jennifer Egan

"A Visit From the Goon Squad," Ms. Egan's 2010 novel, is generally considered one of the best American fictions post-9/11. "The Candy House" is the sequel, and even more ambitious. The protagonist, Bix Bouton, and his company, Mandala, have found a way to access and share human memory. There is a price, of course, and with "The Candy House" Ms. Egan has found a metaphor that gives fair warning not only of the Metaverse but of coming technologies willing to circumvent privacy and human connection.

A work of great virtuosity that includes various narrative voices and acts of social-platform ventriloquism. So what if it doesn't hold together quite as well as "Goon Squad." It's still one of the most daring books of 2022. (Scribner, $28) 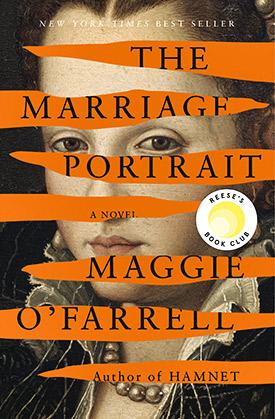 “The Marriage Portrait” by Maggie O'Farrell

In this novel set in 16th-century Florence, Ms. O'Farrell tells the story of Lucrezia de' Medici, third daughter of the grand duke. For Lucrezia, life is good. She is living in the family's grand palazzo, entertaining her artistic pursuits, and keenly observing the machinations of the court. Then her sister dies on the eve of her wedding, and Lucrezia is asked by the powerful Alfonso to take her place. Her new husband is an enigma, however. At first he exhibits a grand artistic sensibility, but this slowly gives way to a political ruthlessness that has Lucrezia fearing for her own life.

Ms. O'Farrell's 2020 novel, "Hamnet," expertly inhabited Shakespearean England during the plague, and "The Marriage Portrait" does the same with the Medici court of 1550s Italy — all the while unfolding with the thrill of a murder mystery. (Knopf, $28)

The opioid crisis was already a national emergency — then came the Covid pandemic, sending the problem into the stratosphere. Ms. Macy's 2018 book, "Dopesick," chronicled the personal stories of the addicted, along with the Big Pharma-to-doctors money trail of supply. "Raising Lazarus" focuses on the legal battle to bring the opioid industry to justice. Purdue Pharma, owned by the Sackler family, introduced OxyContin in 1996 and then heavily promoted it despite overwhelming evidence it was ravaging the nation.

The subtext to Ms. Macy's book, of course, has to do with some hard questions about the state of America. Why is it that the richest nation in human history, with under 5 percent of the world's population, consumes 30 percent of the world's opioids? Ms. Macy zeroes in on the companies that feast on America's pain. (Little, Brown, $30)

“Nineteen Ways of Looking at Consciousness” by Patrick House

How is it that we have a comprehensive grasp of the universe, but the human brain remains so elusive? What exactly is human consciousness? The truth is we have little idea, but Patrick House, a neuroscientist, helps us inch a little closer to understanding.

The book is divided into 19 brief, focused chapters, and the author has that gift of all great science writers of reducing difficult ideas into accessible (mostly) concepts. Operating under the assumption that we may not be able to understand consciousness through consciousness itself, Mr. House employs metaphor to approach some of the brain's more unreachable abstractions.

Is there a unifying theory at the end of all this? Unfortunately, no, but this book gives us 19 new ways to approach an answer. (St. Martin's, $26.99) 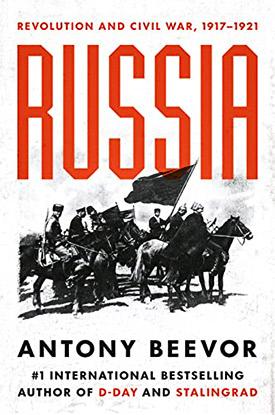 Once again Mr. Beevor burnishes his reputation as one of the most fluid and readable contemporary historians. The author's books on World War II — including "The Fall of Berlin 1945," "Stalingrad," and "D-Day" — roll off the page like a novel.

Here Mr. Beevor manages to make sense of the Russian Revolution, one of the more tumultuous and complex events of the 20th century. The brutal inhumanity is almost breathtaking in its scope, as the Reds and Whites engage in a panoramic struggle that takes 12 million lives by its end. Mr. Beevor untangles the knotty political complexities of the Revolution while balancing the narrative with a sweeping canvas that unfurls like something by Tolstoy.

Yet another chapter in the tragic history of a nation that, now as ever, can't get out of its own way. (Viking, $38)

If you're like me, you have mixed feelings about Mr. Tarantino's films (except "Once Upon a Time in Hollywood," which was unequivocally great). One thing that's hard to argue with is how infectious the director is when talking about movies.

Written in a breezy, colloquial style that eschews film critic pretensions, "Cinema Speculation" is a series of riffs about the films of the 1970s that Mr. Tarantino loved and appropriated as an influence. Highlights include a memory of attending an all-Black theater in Los Angeles when he was 7 to see a double feature (remember those?) of "Joe" and "Where's Poppa?" — an experience that shaped him forever.

What distinguishes Q.T. as a critic is his welcome lack of elitism, willing to put films like the revenge drama "Rolling Thunder" and the horror classic "The Texas Chainsaw Massacre" in the pantheon of greatest of all time. (Harper, $35) 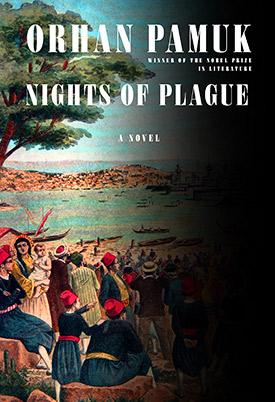 “Nights of Plague” by Orhan Pamuk

What's the perfect literary tonic after a two-year-long pandemic? How about a 700-page novel about a ravaging plague on an Ottoman island. Mr. Pamuk, the Turkish Nobel Prize winner, constructs his work on a fictional island in the Mediterranean called Mingheria. Half the population is Muslim and the other half Orthodox Greek, and they are already at each other's throats when a plague arrives. The sultan employs a quarantine expert, an Orthodox Christian, to try to mitigate the disease's spread. The fallout is inevitable: religious intolerance leading to political incompetence, followed by the embrace of rumor and conspiracy.

If "Nights of Plague" lags at times, it is more than compensated for by Mr. Pamuk's gift for suspense and incredible set pieces, such as the naval blockade that serves as a last-ditch effort to save the populace. Set in 1900 but utterly contemporary, "Nights of Plague" plays out both as an allegory of Covid and a sharp inquiry into the universality of human nature. (Knopf, $34)

“Confidence Man: The Making of Donald Trump and the Breaking of America” by Maggie Haberman

"Maggot" Haberman, as Donald Trump has referred to the New York Times journalist, has been a millstone around his neck for nearly a decade now. Is it a measure then of his vanity that Mr. Trump still sat down with Ms. Haberman for three separate interviews for this book?

In "Confidence Man" she goes back to his early days in Queens, where he picked up some classic outer-borough racial resentments and nose-to-the-glass envy of Manhattan elites. To shield his shady business dealings, he makes large campaign contributions to Rudy Giuliani and Manhattan D.A. Robert Morgenthau — a pattern of back-slapping politics he would take all the way to the White House. There is the threat to Rupert Murdoch to expose his sexuality if Mr. Trump were to receive any negative press, and of course his signature boorishness — like his charming assertion to his son-in-law Jared that if he ever went camping, with his "skinny ass" it would be like something out of "Deliverance."

An exhaustive investigation of an exhausting, and ultimately dangerous, man. (Penguin Press, $32)

Kurt Wenzel is a novelist and regular book reviewer for The Star. He lives in Springs.