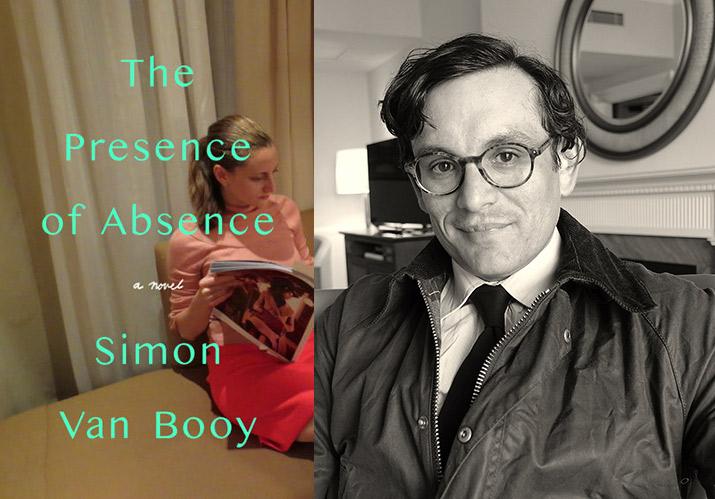 This short novel probably won't be a best seller. And I don't think it wants to be. Nor does Godine, the publisher, expect it to top the charts.

Blessings on both Simon Van Booy and Godine.

It took some nerve to venture into this territory — death. At my age I try not to think about Brother Death, although he is always at my 81-year-old elbow. What to think? What to say? How to react? Brave? Passive? Hopeful? Depressed?

Mr. Van Booy conveys these questions and more as his narrator, Max Little, an author with a fatal disease, ponders what's to come soon and how to break the news to his beloved wife, Hadley, who will be devastated. Her pain is as important to him as his bafflement in dying.

Along the way in this novel, Max Little explores many ideas about what death is and how to face it. In fact, what is life? And all the while he dreads having to inform Hadley.

His final words in his journal, which this novel pretends to be, reach the following conclusions:

I've already picked out an urn for my ashes. Did I mention before? It's an English sugar pot from the eighteenth century in the shape of a nocturnal bird.

jst beyond the dorr

And so we are left with Max's final words after many philosophical, lyrical, and theological meditations. Most helpful to me was Max speaking to Max: "I must forgive him for being afraid and help him understand that Max was really little more than one of Plato's shadows mistaken by all for the thing itself."

As a shadow I too could contemplate death a bit easier.

For these thoughts we thank Simon Van Booy, who has written eight works of fiction, including last year's "Night Came With Many Stars," two children's books, and three volumes of philosophy. He is also a book editor and a volunteer E.M.T. for the Central Park Medical Unit in New York.

This latest effort has produced admiring blurbs from Ann Beattie: "A moving, brilliant book." And Ilya Kaminsky: "A captivating fable that echoes in the mind long after the book is finished." The Publishers Weekly advance review said, "Dying and acceptance are explored in this inventive and moving story of a man with terminal illness."

As for myself, I was reminded, as Mr. Van Booy notes, of "the existence of something beyond self . . . the language of a map leading to a place not on the map . . . and wide open wonder."

A word about Godine, with a full disclosure that David Godine beautifully published my memoir "All My Dogs" a decade ago when it had been thoroughly rejected by the Big Five boys and girls. Small publishers like Godine — and hundreds of others around the world — are keeping literature alive by taking chances. If we had to depend on books from the publishing conglomerates, we'd read in a limited universe too often based on the bottom line.

A slim novel about death ponderings might have ended up in a desk drawer. Instead we are privileged to encounter Max Little dying and pondering questions that date from the start of our species hundreds of thousands of years ago.

Bill Henderson is the editor of the annual Pushcart Prize series. He lives in Springs.

Simon Van Booy formerly lived on the South Fork and remains a regular visitor. He earned his M.F.A. at Southampton College.