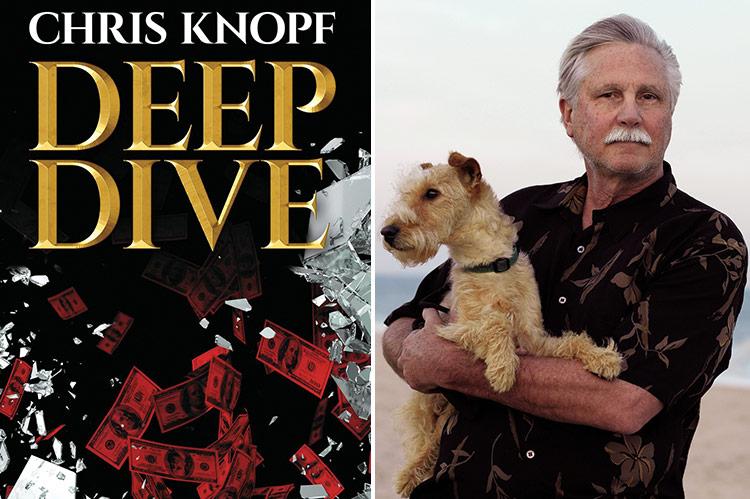 At last, a writer sings the praises of the friendly neighborhood hardware store.

He may have neglected to comment on the heady ambrosial scent of cardboard and glue, remarkably consistent across Ace, True Value, what have you, but in “Deep Dive” Chris Knopf briefly rhapsodizes about a family-owned shop in Southampton “crammed with every imaginable item, useful for the building trades as well as the summer people who considered the experience of buying utilitarian goods a type of adventure.”

“Eminently helpful and patient,” the gathered sales clerks were “men and women who had seen it all and been asked every question there was to ask, and yet approached their duties with unflagging enthusiasm.” (How each of these small retail concerns can possibly support the employment of so many of them at once will have to be addressed some other time.)

It’s almost off topic, but it happens to reveal something about Mr. Knopf’s M.O. Never mind that Sam Acquillo, the man who spoke the words above in the course of his first-person narration, is a cabinetmaker in need of shop tools when he isn’t avenging misdeeds or doing investigatory favors for friends, this is an author fascinated by process. Planning, legwork, diagrams on whiteboards, flow charts, details, the working out of what needs to be worked out in the course of setting things right.

“I loved nothing more than boxes and arrows, what-ifs and if-thens,” Acquillo says of his peculiar bent and how it fit his past career, which he describes as “a little large-scale hydrocarbon processing for a global engineering firm,” words that should probably never be uttered in a suspense novel.

This is the ninth Sam Acquillo mystery, so there’s a lot of back to that story. And like the “tumbledown” North Sea cottage on Little Peconic Bay, the dog named Eddie Van Halen, the vintage Pontiac Grand Prix, the girlfriend and neighbor who happens to be a contractor, it all comes with the territory.

What criminality transpires in this crime novel comes at a remove, secondhand — perhaps curiously, perhaps mercifully, as it involves an ostensibly charitable international nonprofit organization, Worldwide Loventeers, that’s actually engaged in the sex trafficking of teenage girls. Although there is a murder at its core — the defenestration of a toxically manipulative executive from an upper floor of a Hamptons mansion, with suspicion falling on a rare animal, a sympathetic billionaire — this is not so much a mystery as a slowly unfolding explication of bad behavior.

Neither is the violence sudden or surprising. Sam has a boxing background, and the introduction of that fact early on reinforces Chekhov’s oft-repeated dramatic advice, about how if a gun is going to appear in one act, it needs to go off later on. At one point late in the proceedings Sam takes on a much larger opponent, an enforcer in the Polish mob, and the futility reminds him of the wisdom behind weight classifications.

And then a gun appears.

But I’m still trying to figure it out. Do people return to these books for the, in this case sparse, action? Or to take up again with an old acquaintance? For the comfort that familiarity brings, as with predecessors in the genre, like John D. MacDonald and his Busted Flush houseboat, or Lawrence Block and his greasy-spoon diners and empty pews?

It could be for the one-liners. Mr. Knopf slips them in liberally. For instance, sartorially, a higher-up with the Loventeers is “a polyester-based holdout against the surging tide of natural fibers.”

Sam is told to play nice with him. “Can I split infinitives?” he asks.

“Think passive voice,” his friend, a lawyer and fellow do-gooder, advises him. “Like literally.”

“That’s a mission not accepted lightly,” he answers.

A real friend would tell Sam that it’s time. Go lick your wounds. Pour yourself a stiff one, you’ve earned it. Sit your ass down in your Adirondack lawn chair, little Eddie at your feet, a tennis ball between his paws, and contemplate the play of light on the bay.

At least that’s how I’m going to think of him.