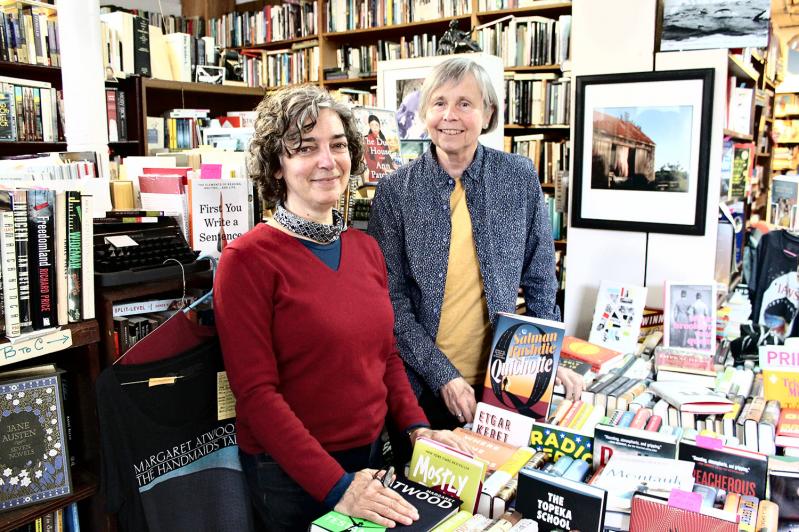 Some are surprising; others, considering the times, probably predictable, but here, for your reading pleasure and inspiration, are some of the most popular books we on the East End are giving each other this holiday season. Thanks to Jesse Bartel of BookHampton in East Hampton and Maryann Calendrille of Canio's in Sag Harbor for the shortlists.

Both booksellers agreed that Barack Obama's "A Promised Land" has been striding, not walking, off the shelves. A letter-writer to The New York Times suggested recently that the former president writes of his years in the White House "with an eye toward challenging Trump . . . getting even."

"Hamnet: A Novel of the Plague" by Maggie O'Farrell is another big seller. Hamnet, Shakespeare's 11-year-old son, is believed by many scholars to have succumbed to the same "sweating sickness" that the court of Henry VIII was forever fleeing from in summer. This is a novel of dread, albeit with a hopeful conclusion. Ms. Calendrille, who's "100 pages in" herself, called it a "more literary book," one that "goes over big with our crowd."

Speaking of the pertinence of pestilence, "Leave the World Behind" by Rumaan Alam is about a New York couple who rent a Long Island Airbnb with their two kids for a long getaway that's interrupted by the arrival of the owners, also fleeing from . . . something bad. Much sought after, like "Hamnet," at BookHampton.

Particularly popular in the pandemic, though it's sure to stick around well after, is Ina Garten's latest, "Modern Comfort Food." Ms. Garten, whose Barefoot Contessa gourmet shop was beloved of local foodies when Mr. Citarella was but a mere babe, has written a chatty compilation of "soul-satisfying" recipes, including many childhood favorites, to get us through the dark night of those same souls. A winner with both bookstores.

East Hampton's movers and shakers, more and more of whom have settled in for the long haul, are big on David M. Rubinstein's "How to Lead: Wisdom From the World's Greatest CEOs, Founders, and Game Changers," short, smart interviews with such as Jeff Bezos, Warren Buffett, Dr. Anthony Fauci, and Oprah Winfrey. (Bezos gets eight hours of sleep, avoids early or late meetings, and says he's had a good day if he makes two or three good decisions.) The author is a billionaire hedge-fund founder and philanthropist.

Don't expect to find "How to Lead" at Canio's, but do try the shop's newest Elena Ferrante, "The Lying Life of Adults," which has been "huge" there, according to Ms. Calendrille. So has "Becoming Wild" by Amagansett's own world-renowned ecologist, Carl Safina.

Finally, a couple of coffee-table gifts, one for the house-proud and the other for the folks whose couches are upholstered in dog hair and slobber, and who wouldn't have it any other way. Michael S. Smith, the author of "Designing History: The Extraordinary Art & Style of the Obama White House," was responsible for the design and makeover of the Oval Office in 2010 and the White House makeover in the following years. Randal Ford's aptly titled and handsomely produced "Good Dog" is a collection of 150 dog photographs, from mutts to show winners.

Both of these, so says Mr. Bartel, are a good bet to find happy homes here.

A Conference for Young People to Create Solutions
Get Outside, Get Moving
Two Traditions, One Fair in Springs
END_OF_DOCUMENT_TOKEN_TO_BE_REPLACED