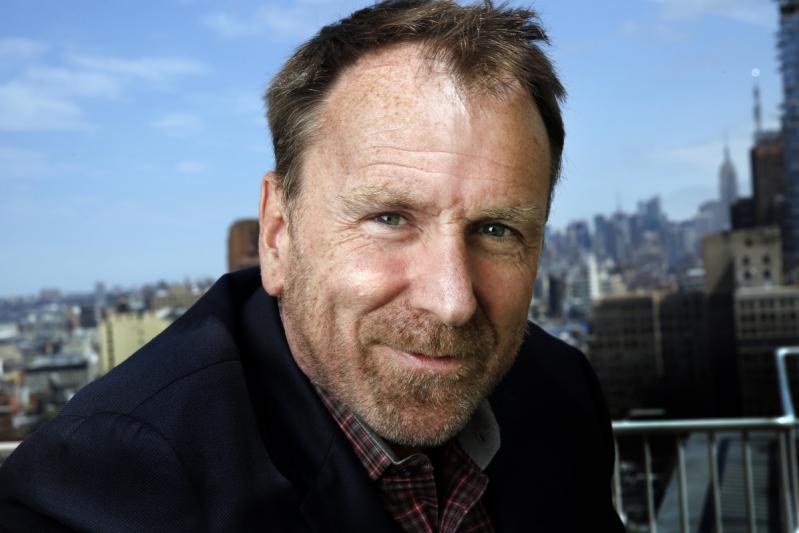 Reflections on Matisse
Reflections in Music, which explores the interplay of music with different disciplines, will return to The Church in Sag Harbor with a concert inspired by the art of Henri Matisse on Saturday evening at 7. Bruce Wolosoff, a composer, pianist, and the artistic director of Reflections, has assembled a group of accomplished musicians for the program.

In recognition of Matisse’s passion for playing the violin, the evening will begin with Michelle Ross, a violinist and composer, performing an Improvisation and Adagio from Bach’s first sonata for solo violin. Jeremy Siskind, a jazz composer and pianist, will play a set of solo piano responses to the collages from Matisse's "Jazz" series.

The program will also feature the premiere of Mr. Wolosoff's "3 Fantasies on Charcoal Drawings by Matisse," with the composer on piano, Ms. Ross on violin, Clarice Jensen on cello, and Narek Arutyunian on clarinet.

A short discussion will follow the performance. Tickets are $25.

Jazz at Duck Creek
The summer music series at the Arts Center at Duck Creek in Springs will resume on Sunday at 5 p.m. with a performance by the Immanuel Wilkins Quartet. A saxophonist and composer, Mr. Wilkins has played for such artists as Wynton Marsalis, Bob Dylan, and Solange.

His debut album, "Omega," was named the #1 jazz album of 2020 by The New York Times. He followed that with "The 7th Hand," an hourlong suite composed of seven movements, of which Mr. Wilkins says, "I wanted to remix the Southern Black baptism, and also provide critique on what is considered sanctified and who can be baptized."

He will be accompanied by Micah Thomas on piano, Daryl Johns on bass, and Kweku Sumbry on drums.

Celebrating Sondheim
Valerie diLorenzo, a New York City cabaret artist and Sag Harbor resident, will bring the music of Stephen Sondheim to the Rogers Memorial Library in Southampton on Friday at 7 p.m.

“Remembering Steve: A Tribute to Stephen Sondheim” will include songs from “Into the Woods,” “Follies,” “Gypsy,” “Sweeney Todd,” “Merrily We Roll Along,” “Passion,” “A Little Night Music,” and others. Ms. DiLorenzo, who was introduced to Sondheim’s music at an early age, says, “Steve wrote the soundtrack to our lives.”

Musical Variety
“Between the Wind and the Shrubs,” a concert by Gil Goldstein, an accordionist, and Paolo Bartolani, a pianist, will take place at the Montauk Library on Wednesday at 7 p.m.

Mr. Goldstein, a musician, composer, and arranger, has won five Grammy Awards, composed scores for films, and performed with many jazz luminaries. Mr. Bartolani, the founder and artistic director of the Rites of Spring Music Festival in Southold, performs as a soloist and as a member of chamber ensembles in Europe and the United States.

The program will include works by Gershwin, Dvorak, Villa Lobos, and Armstrong, as well as adaptations of traditional American Roots music.

The Audience as Choir
Choir! Choir! Choir!, a Toronto-based singing group, will appear at The Clubhouse in East Hampton, in collaboration with Guild Hall, on Wednesday at 7:30 p.m. Led by its founders, Nobu Adilman and Daveed Goldman, the group takes a non-traditional approach: There are no auditions, and the audience, however large, is the choir. Participants will be taught an original arrangement to a familiar song and will perform it live.

Colin Quinn Live
A smattering of tickets remain for “The Last Best Hope,” Colin Quinn’s upcoming performance at the Bay Street Theater in Sag Harbor, on June 25 at 8 p.m. A comedian, actor, and writer, Mr. Quinn’s commentary on American politics and culture originated with his 1990s run as host of Weekend Update on NBC’s “Saturday Night Live.”

Since then, his one-hour special “Colin Quinn and Friends: A Parking Lot Comedy Show” premiered on HBO Max, and his book “Overstated: A Coast-to-Coast Roast of the Fifty States” was published by St. Martin’s Press. Mr. Quinn recently completed a sold-out run of “The Last Best Hope” at the Lucille Lortel Theater in the West Village, and is now on a national tour.

Handel and Haydn
The Choral Society of the Hamptons’ summer concert will celebrate Baroque music on June 25 at 5 and 7:30 p.m. at the Bridgehampton Presbyterian Church. Under the direction of David M. Brandenburg, and accompanied by the South Fork Chamber Orchestra, the choral society will perform two of Handel’s “Coronation Anthems” -- “Zadok the Priest” and “Let Thy Hand Be Strengthened” -- and Haydn’s “Lord Nelson Mass.”

Handel’s anthems were commissioned for the coronation of King George II in 1727 and have been sung before the coronations of every British monarch since then. Haydn’s “Lord Nelson Mass” followed the destruction of Napoleon’s fleet near Alexandria, Egypt, by Admiral Horatio Nelson in 1798.

Classical Guitar
The Sag Harbor Masonic Club's music series will feature a return visit by Robert Secrist, a classical guitar virtuoso, on Sunday at 3 p.m. The program will pay homage to the Spanish master Andres Segovia, who was one of Mr. Secrist's teachers.

The program will include works from Mr. Secrist's recent recording, "Bach to the Country," classical guitar pieces from the 16th century to the present, and unique transcriptions from the Great American Songbook.

Tickets are $20 and support local charities.