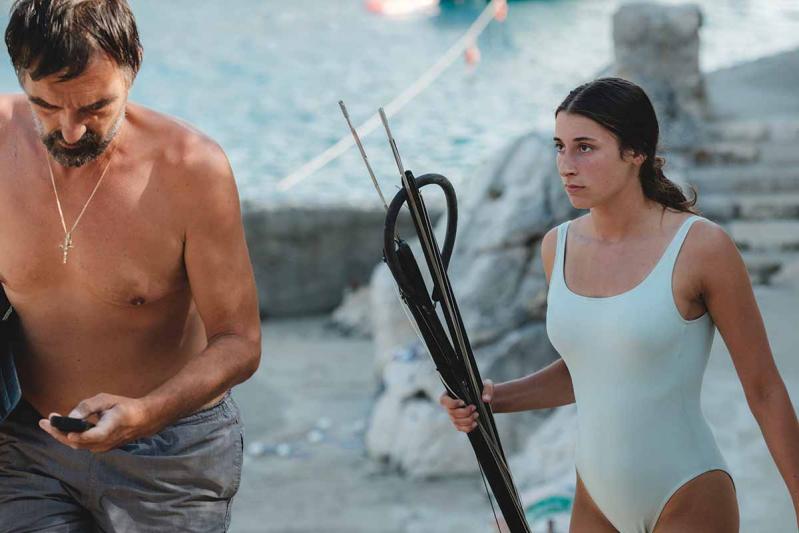 Franz Rogowski received a special jury prize for exceptional performances for his work in "Great Freedom." There were no audience awards this year.

The festival also announced the winners of its endowed prizes. Salar Pashtoonyar's "Bad Omen" won the 2021 Peter Macgregor-Scott Memorial Award, which carries a $10,000 cash prize, as well as one of the five University Short Film Awards.

"Paper & Glue," a JR Project, also notched two prizes: the 2021 Brizzolara Family Foundation Award to Films of Conflict and Resolution, which awards $5,000, and the Victor Rabinowitz and Joanne Grant Award for Social Justice, which comes with $2,000.

Nastasya Popov's "Good Grief" was awarded the Suffolk County Next Exposure Grant of $3,000, while Andrea Arnold's "Cow" won the $2,500 Zelda Penzel Giving Voice to the Voiceless Award. New York Women in Film & Television Awards of $1,000 went to Nana Mensah for "Queen of Glory" and Rachel Fleit for "Introducing, Selma Blair."

Other University Short Film Awards went to Kathy E. Mitrani for "Buzzkill," Shaylee Atary for "Neurim," Antoine Bonnet and Mathilde Loubes for "Un Diable dans la Poche," and Jessie Zinn for "Wavelengths." Each of the winners will receive $500.

The documentary competition jurors included Wendy Ettinger, a producer, Ina Pira, the senior curator for staff picks at Vimeo, and Jane Schoenbrun, whose most recent film debuted at the 2021 Sundance Film Festival.