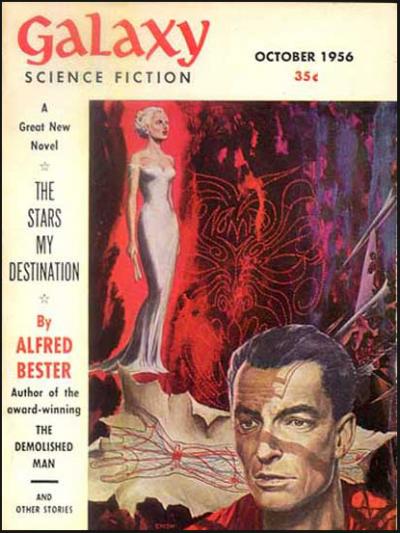 Remember the monkeys typing out Shakespeare in the infinity of time and space? However facetious or improbable, it’s really the Doctrine of Eternal Recurrence or Return as enunciated by Nietzsche and the French mathematician Henri Poincaré. The idea is that looking at possibility under the aspect of eternity and with infinity as a parameter, the self, among other things, is essentially a malleable conception and unutterably protean in nature. From a teleological point of view, there’s literally no end to the possibilities.

Say you would like to be a little bit more this or a little bit less that. There’s a form of you that’s accessible in another dimension. Instead of wasting time and money on psychotherapy, you simply find a new set of coordinates to occupy in the multiverse. Imagine further being able to access a secret terrain, a set of portals leading to wormholes, which are chinks in time and space, shortcuts that take you to your desired self.

Alternate or parallel universes used to be the province of science fiction, but they, like time travel, may provide a kind of exogenous mode of personality change for members of varying wormhole societies that start to crop up in the wake of discoveries in the Large Hadron Collider.

The world of subatomic particles adheres to laws that defy the logic of a Newtonian universe. For instance, in the quantum world, a particle can be in two places at the same time, a totally counterintuitive notion that requires the kind of “paradigm shift” Thomas Kuhn referred to in “The Structure of Scientific Revolutions.” While it may be hard for the average person to grasp “string theory” or any of the other advances in nuclear physics, it’s apparent that the very concepts we maintain about the physical world are as limited as the vision of the human species described by Plato in his famous cave allegory. Science pushes on, but even a scientist accustomed to the most advanced thinking, the kind of character portrayed in a documentary like “Particle Fever,” still might not be able to envision the consequences.

Would Moore’s Law have predicted quantum processors who work on single atoms? And look how far robotics has come. H.G. Wells wrote “The Time Machine,” and then there was “Back to the Future,” but there will come a time when science is likely to surpass science fiction, with the objects of man’s creation taking the reins out of mankind’s hands. Imagine not WikiLeaks or the Russians, but a hive mind created in some rogue computer taking over the election.

Is it too hard to believe that human consciousness experiences only a slight iteration of its essence? Could it be that hovering around the seeming manifestation of our so-called selves lies an infinity of incarnations? Further, is it possible that humans might have access to these if only they developed the agency and ability to negotiate the accordion-like vision of the cosmos that has always housed this “Garden of Earthly Delights”?

When Copernicus and Galileo challenged the notion that the earth was the center of the universe, they were regarded as propagating a heresy. The idea that sound could be carried through an electrical wire still totally seems like magic.

We are on the verge of exploring dimensions that exist outside our usual conceptions and demarcations of temporal and spatial reality. Now the earth is beginning to look more and more like a puny cosmic backwater, considering the multiplicity of destinations available to the itinerant traveler with a restless mind. “Two Promising Places to Live, 1,200 Light-Years From Earth,” ran a New York Times headline back in 2013. “Fun reading, but not in my wheelhouse” might have been the way most readers treated the piece back then.

“The Stars My Destination” was the title of Alfred Bester’s sci-fi classic. While we grapple with our everyday fears, momentous shifts are taking place, representing a sea change in mankind’s ability to understand both the self and the cosmos.

Francis Levy, a Wainscott resident, is the author of the comic novels “Erotomania: A Romance,” “Seven Days in Rio,” and “Tombstone: Not a Western.” He blogs at TheScreamingPope.com and recently completed a novel titled “The Wormhole Society.”