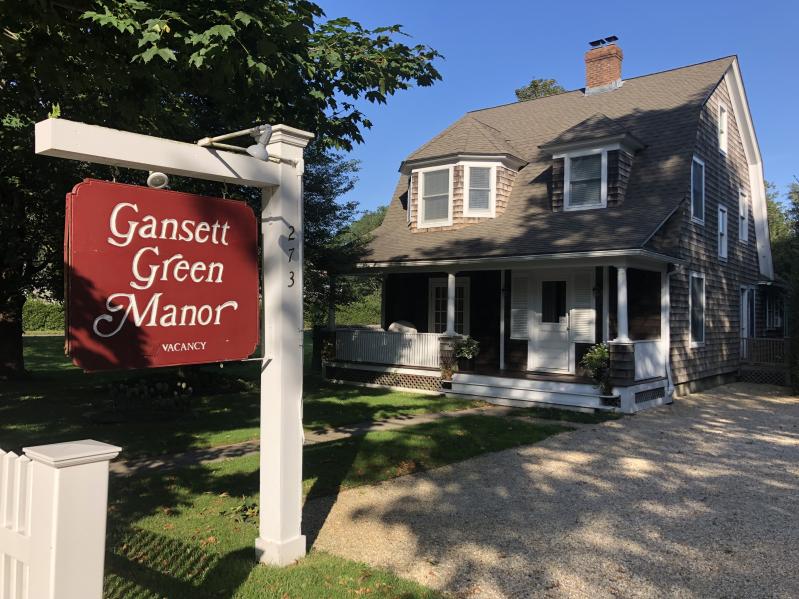 Gansett Green Manor, a 14-room hotel on Main Street in Amagansett, sold for $6.175 million over the summer.
Christine Sampson
By Jamie Bufalino

Gansett Green Manor, a 14-room hotel on Main Street in Amagansett, was purchased for $6.175 million in July by WTI, a private investment firm based in California.

Leslie and Jed Feldman, the previous owners, listed the property last August for just under $7 million with Lisa Ferraro and Dana Forbes, both of Daniel Gale Sotheby’s International Realty.

Sylvia Wong, who is on the board of directors of WTI, said her company, which develops apartment complexes primarily in California and Nevada, had been looking to purchase a boutique hotel, and Gansett Green Manor would be its first such venture.

“We wanted something with a high level of service, where guests feel like they’re in their own home,” said Ms. Wong on Tuesday.

The hotel, which is a popular wedding venue, has been operating for more than 50 years, according Daniel Gale Sotheby’s. The two-acre property once belonged to the Schellinger family, who settled in the area in the 1690s.

The main structure, a more than 100-year-old barn, contains eight of the hotel’s studios and suites, which range from $475 to $995 a night between Memorial Day and October. There are also six stand-alone cottages for rent.

The new owner, said Ms. Wong, intends to keep the hotel “low key.” To learn more about the place, she has been talking to guests, some of whom have been visiting there for 20 years. “They like it the way it is,” she said. “When I say I’m going to refresh the interior, they say, ‘Okay, but don’t change it too much.’ ”

The Feldmans, she said, will continue to manage the hotel through the end of the year, and she will hire a general manager this fall. She will be overseeing the operation from afar, she said, but plans to be as “hands on” as possible.

“I really want to learn and participate,” she said of running the hotel. “It’s a special property, and it deserves special attention.”