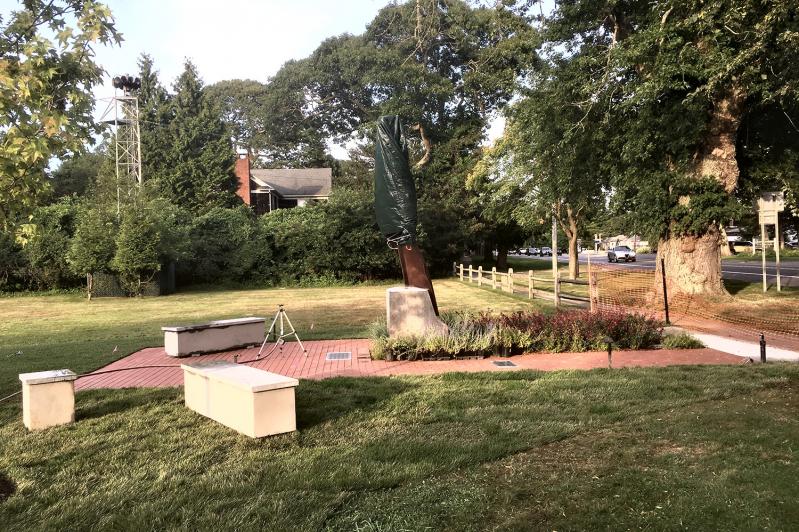 The East Hampton Sons of the American Legion will dedicate a 9/11 memorial on the post’s grounds in Amagansett on Wednesday at 5 p.m.

The memorial, designed by Gustavo Bonevardi, a sculptor and part-time East Hampton resident, includes a 1,000-pound piece of salvaged steel from the Twin Towers set on pedestal and surrounded by a brick walkway. Although actual construction probably took no more than six months, according to Tony Ganga, commander of the Sons of the American Legion, the memorial was more than six years in the making, beginning when the Sons applied to the Port Authority of New York and New Jersey for a piece of the salvaged debris.

Contributions to make it a reality ranged from modest purchases of the memorial bricks that make up the walkway to two big donations — one from a Stephen Talkhouse comedy night in December and another from the insurance firm Dayton, Ritz, and Osborne — that helped the Sons of the American Legion get the project across the finish line.

In the end, not only did the Sons cover the cost of the memorial, but they also have “a little left over that will be converted into book scholarships” for a graduating East Hampton High School senior, Mr. Ganga said yesterday.

All have been invited to the dedication.