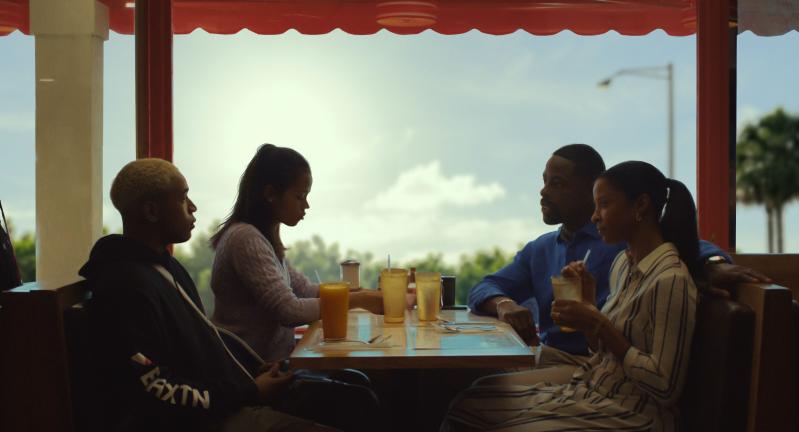 "Waves," a film by Trey Edward Shults, will be the Hamptons International Film Festival's closing night film.
A24
By Jennifer Landes

The festival has also announced its breakthrough artists, a program that singles out actors making themselves known in the early stages of their careers. Among them are Camila Morrone, Aldis Hodge, and Lulu Wang. Each has a film that will be screened at the festival.

The Conflict & Resolution program, which features films addressing "complex issues and societal effects of war and violence," will include Hans Pool’s "Bellingcat: Truth in a Post-Truth World,"  Feras Fayyad’s "The Cave," Waad al-Kateab and Edward Watts’s "For Sama," Ben Lawrence’s "Hearts and Bones," and Dror Moreh’s "The Human Factor."

"For Sama" will also receive the Brizzolara Family Foundation Award for Films of Conflict & Resolution. Following the screening, Alec Baldwin will interview the filmmakers for his show and podcast "Here’s the Thing."

Ticket packages for the 2019 festival are now on sale, and individual tickets will go on sale Oct. 1. This year’s festival guide will be available online on Tuesday. The festival will take place from Oct. 10 to Oct. 14.