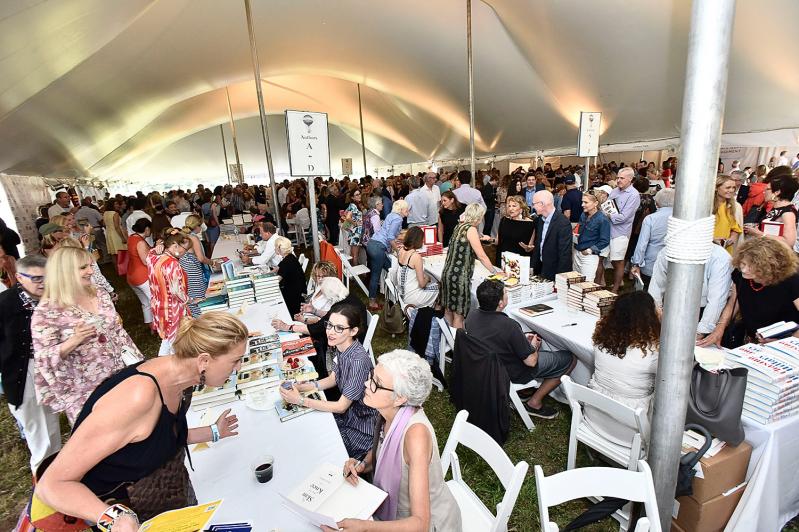 The storm has passed, the clouds of threatened legal action have parted, let the party begin.

The big tent of the East Hampton Library’s Authors Night benefit will once again rise at the contested 555 field in Amagansett — or, as one disgruntled hamlet resident called it a year ago, a community preservation fund property with a “mystical pull” that attracts big-ticket events. In this case, that means cocktails and hors d’oeuvres, hobnobbing, and book signings starting at 5 p.m. on Saturday.

Roughly 100 authors at work in a head-spinning variety of genres will take part — it’s all easily perused at authorsnight.org. Tickets are another kind of hundred — dollars. You can pay at the door if you wish.

Or, $300 will get you a seat at one of a number of 8 p.m. dinners at well-appointed private homes attended by writers ranging from Candace Bushnell to Rosanne Cash, Michael Shnayerson to Sybille van Kempen. Those tickets must be bought in advance. Again, the website says and has it all.

Authors Night has been pulling in around 2,500 people of late, according to the library. And for more than just another “worthy cause,” as it’s a good thing we have a century-and-a-half tradition of public libraries in this country, no? There’s certainly no way such a community-minded system would be allowed to come into existence today.