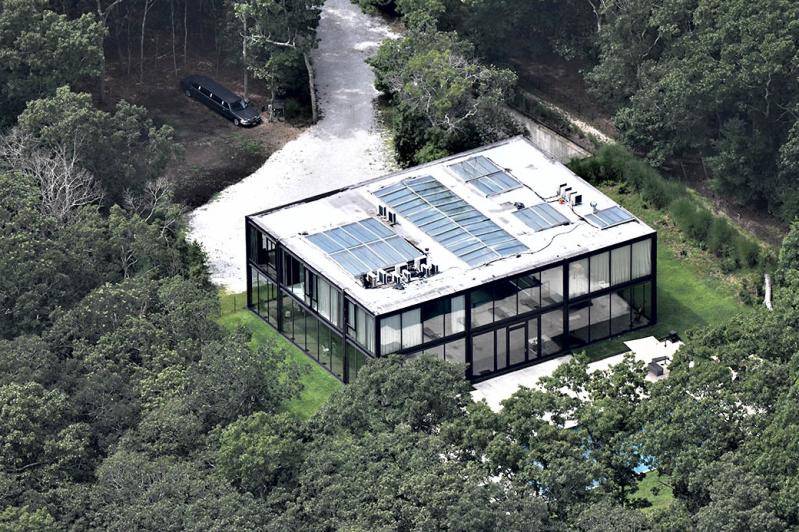 The house at 145 Neck Path in Springs was operated as a "boutique hotel," according to East Hampton Town and a next-door neighbor who spotted the listing on Airbnb.
Doug Kuntz
By Carissa Katz

According to the town, the house at 145 Neck Path was the “ ‘secret location’ of parties being advertised by promoters who would charge an admission fee and additional fees of up to $5,000 for reserved spots poolside and bottle service. . . . The promoters also offered bus service to the location with pickups and drop-offs in several Metro-New York locations.”

“One advertised party that had been scheduled for August was to have admitted only those guests who dressed in white swimwear,” the town press release said. “Another would have required those interested in attending their event to go through a vetting process.”

“It really was just out of hand for a considerable amount of time,” said Loring Bolger, a neighbor who yesterday recounted a summer of late-night noise and early-morning complaints to the police. “It was on Airbnb. They said it slept up to 20 people, and they called it, I think, ‘a boutique hotel,’ except that it was a house,” in a residential zone, where hotels and resorts are prohibited. And with neighbors.

The modern glass and steel structure, which is on the market for $3.9 million, is owned by Juan Figueroa, according to the town. Mr. Figueroa, a developer, restored the former Williamsburg Savings Bank building in Brooklyn and transformed it into a high-end event space.

His Neck Path house, the town said, was being run as a hotel “with a house manager and butlers on premises.”

The town said that individual rooms in the house had been listed for rent, and that the entire house had been offered for $2,700 per night. “It was described as being able to accommodate 20 overnight guests and, at one point, as containing common areas shared by guests.”

“It was nothing but a party house,” Ms. Bolger said. “The activity got ratcheted up this year. There was a manager there and people working to facilitate the comfort of the guests.” When she complained about late-night music, she said, it stopped, “but people would still come back at 3, 4 in the morning and they’d jump in the Jacuzzi and they’d start screaming. . . . They paid a lot of money to be there and they thought that they were coming to a place where they could let loose, but unfortunately it’s in a residential neighborhood.”

On July 31, Supreme Court Justice Vincent Martorana granted an order restraining Mr. Figueroa, the Neck Path house manager, and “other individuals with an interest in a commercial use of the property” from using the house as a share house or motel, renting it without registration on the town’s rental registry, or using it for any other non-residential activity.”

“The misuse of residential properties in this way has clear negative impacts on neighbors that cannot be allowed to continue — from noise and late-night disruption to overcrowding, stress on overloaded septic systems, and other environmental impacts,” East Hampton Town Supervisor Peter Van Scoyoc said in a release. “East Hampton Town’s residential areas are not ‘open for business’ and available to those who wish to make a quick profit on summertime events at the expense of our residents.”

Ms. Bolger praised the Police Department and Code Enforcement for their handling of the matter. “Code Enforcement did a great job,” she said, adding that one officer, Aldi Benozi, was there “all the time checking it out,” even showing up at “5 in the morning to count the cars that were there.”

“It’s not easy to shut down these facilities. . . . I’m glad that the problem got solved.”

In the release last Thursday, Mr. Van Scoyoc said the town is “monitoring additional residential and commercial properties that may be similarly misused, and we will take similar action to shut them down if necessary.”     Charges relating to the various issues at Neck Path, the town said, “are being prepared.” money to be there and they thought that they were coming to a place where they could let loose, but unfortunately it’s in a residential neighborhood.”

Charges relating to the various issues at Neck Path, the town said, “are being prepared.”