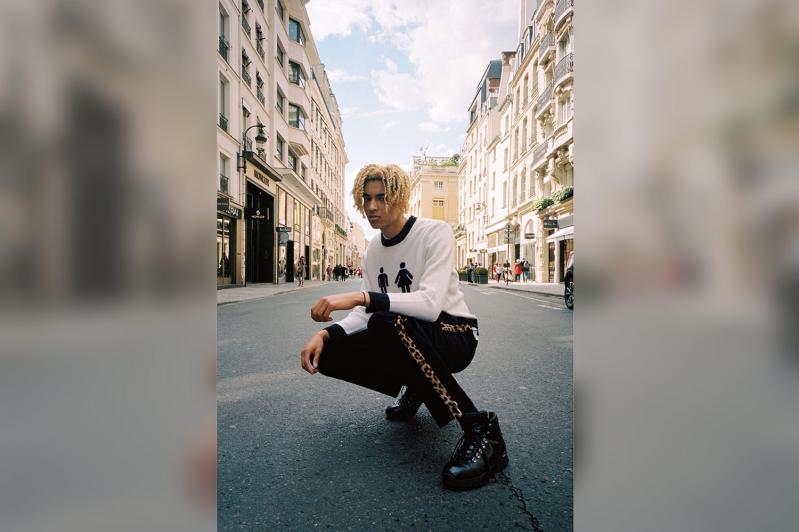 Jeremey Tahari, the 18-year-old son of Elie Tahari, the women’s fashion designer, will debut Anti, a new brand of men’s luxury streetwear, at a pop-up shop at his father’s store on Main Street in East Hampton Village on Sunday from 10 a.m. to 7 p.m.

The younger Mr. Tahari developed the brand with his business partners Jack Teitelbaum and Jack August. The initial eight-piece collection features T-shirts, jeans, pants, a cashmere sweater, and a hoodie.

“They all tell a similar story, and they’re all eccentric in the most subtle and simple ways,” he said of the clothes. “It’s business-inspired streetwear, sophisticated but casual.”

Mr. Tahari said the brand is seeking to enter “uncharted territory” by producing luxury pieces at relatively affordable prices, from $108 for a T-shirt to $398 for a cashmere sweater.

“Our pieces are as intricate as any designer piece,” he said. Velvet sweatpants from the brand, he said, are made with 100 percent velvet and feature cargo pockets with magnetic closures and side seams trimmed in kangaroo fur dyed to look like cheetah print.

“It sounds crazy, but if you try them on, you’ll think, ‘These are amazing,’ and you won’t want to take them off,” he said.

Mr. Tahari, who will be entering his senior year at the Clifton College boarding school in Bristol, England, decided to debut the line in East Hampton, he said, because it attracts the “customers you really want to reach.” He also has a special connection to the village branch of his father’s stores.

The boutique opened in 2007 on Jeremey’s 6th birthday, and his grandfather Keith Green, who had been overseeing the project, suggested that his grandson place his hands in wet cement outside the store to mark the occasion.

At first, the birthday boy was skittish. “Are you kidding, I’m not putting my hands in that,” Mr. Tahari remembered telling his grandfather. Ultimately, he relented, and the handprints can still be seen in the cement at the foot of the store’s back door on Newtown Lane.

After the pop-up ends, Anti clothes will be available at anti-eshop.com and at the Patron of the New store in New York.