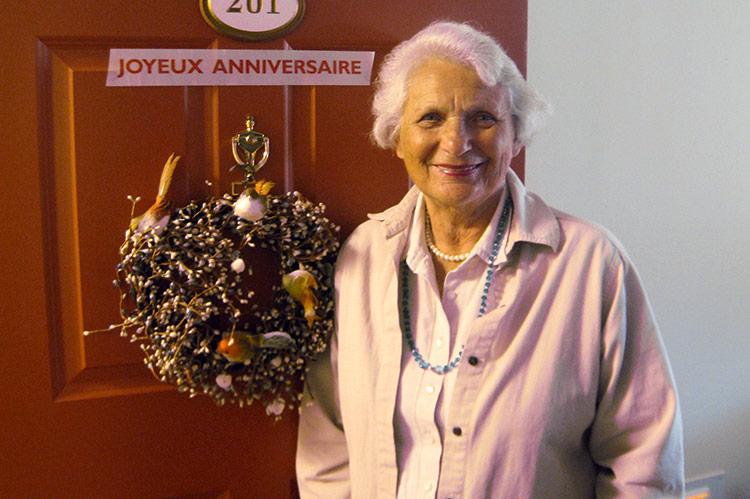 Mary Ella Reutershan, whose lifelong political associations, both national and local, began during World War II when she was a confidential secretary to President Franklin D. Roosevelt, died on Aug. 14 at the age of 98 at Peconic Landing, the retirement community in Greenport. A longtime resident of Stony Hill Road in Amagansett, she was a Peconic Landing pioneer, having moved there when it opened in August 2002.

The daughter of James V. Hopkins, Ms. Reutershan was born on Aug. 10, 1921. Her mother’s name has been lost to time; all that is known is that she later married Benjamin J. Brooks. After attending Washington and Duke Universities, Ms. Reutershan graduated from the University of Chicago. She held a master’s in gerontology from Southampton College, as well as a doctorate in philosophy.

She was active in East Hampton’s community life for four decades, beginning in 1958. Focusing on the environment, she lived in a passive-solar house. She advocated for town blood drives, fought the effects of narcotics, supported commercial fishermen amid a bitter fight with sportsmen over new state rules on striped bass, worked on beach management and East Hampton Town’s original comprehensive plan, compiled the town’s first directory of civic organizations, and launched a community calendar for the Chamber of Commerce. When Gov. Hugh Carey established the South Fork Transportation Task Force in the early ’70s, she was appointed as a member.

In 1970, with the N.A.A.C.P., Ms. Reutershan brought Roy Wilkins, the organization’s longtime leader, to be a guest speaker at the Boys Harbor summer camp here. As an active member of the American Association of University Women, she was a panelist in March 1972 at a conference of the State Women’s Political Caucus, which she helped organize.

A Democrat, Ms. Reutershan ran for the East Hampton Town Board both unsuccessfully and successfully. She regularly spoke at Suffolk County Legislature meetings on conservation law, fair housing, and the need for a ban on detergents. On the state level, she promoted the Equal Rights Amendment and reforms in election law. She was a staunch opponent of capital punishment and an advocate for the appointment of a special prosecutor on corruption.

As a town councilwoman in 1980, in a report on the town board’s activities, she said East Hampton could “no longer remain complacent, with all the challenges staring us in the face: Our zoning code did not prevent the building of a revetment along our valuable coastline. Our comprehensive plan did not prevent a new motel from being constructed in the sensitive Napeague area. And all of the latest scientific data on toxic wastes have not prevented the pollution of our irreplaceable groundwater supply.” Her analysis was prescient.

Her first husand, James H. Reutershan, was a member of an established local family, and they settled at Stony Hill. Their annual Easter egg hunt, up and down their rolling property, was a great favorite in the neighborhood. He died in 1971.

In 1974, she married Mark Richard, the owner of a Buick-Pontiac dealership in East Hampton Village.

Ms. Reutershan had a way with words. In the ’70s and ’80s, she wrote a column for this newspaper. Earlier, she had created a personal publication called The Stony Hill Citizen. Over the years, she sent many letters to The Star, urging one or another approach to whatever was bothering her. In June 1995, for example, she wrote that “the proposal for a golf course in the Stony Hill area that has been talked about since 1978 is not a duck. It doesn’t walk like a duck; it doesn’t talk like a duck. Rather, it is a Trojan horse that is holding hostage the precious sole-source aquifer for Amagansett and Springs.”

She will be remembered on Oct. 19 at 10:30 am., when Peconic Landing will hold its annual Day of Remembrance.