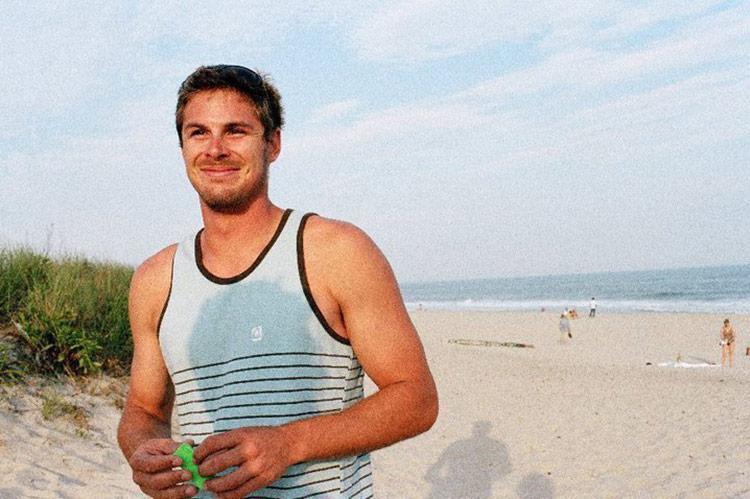 Daniel Otto’s biggest, greatest adventure, his father, Lawrence Otto, said, was around 10 years ago, when at about 21 years old, he bought a one-way ticket to Peru. He got off the plane with a backpack and his surfboard and decided which way to go. He returned to East Hampton five months later.

He was “a free spirit,” his father recalled. “He was just always smiling. His smile was addictive,” his father said. “He had dimples — and he knew how to use them,” he continued. “Anybody who ever knew him loved him just because he was so easy to get along with.”

Mr. Otto died at Zuckerberg San Francisco General Hospital and Trauma Center on Aug. 3, after a week on life support. He was 31, just a week and a few days shy of his 32nd birthday. His cause of death has not yet been determined, his father said.

From a young age surfing and fishing — offshore and fly-fishing — were his passions. He grew up fishing with his father and grandfather. “Whenever we could pry him away from his job or his surfing, we would still go out on a fishing trip here,” his father said.

He surfed the globe but his favorite spot here was Ditch Plain Beach in Montauk, and later, when he lived in Brooklyn, he preferred the Jersey Shore to coming east. He also liked to dive and go spearfishing. Where he went, he always jumped in the water with a spear gun, his father said.

Daniel Lawrence Otto was born on Aug. 14, 1987, at Stony Brook University Hospital, the second of three children born to Lawrence Otto and the former Katherine Kaltovich. He first lived in East Hampton before moving to Springs. He attended Springs School and went on to East Hampton High School, graduating in 2005.

He attended the University of Hawaii and worked in his father’s business, Robert. E. Otto, a glass and metal fabrication company in Wainscott, for several years, before earning a degree in architecture from the New York City College of Technology.

He worked in architecture, design, fabrication, and technology, at several companies on both coasts. Among the major projects he was involved in was one to design walkways, benches, and planters at the National September 11 Memorial in Lower Manhattan, his family said.

A work transfer landed him in San Francisco nearly four years ago, and he went on to work for several other design and residential architecture firms. He recently began a business of his own named Sunset Rod Company, which made custom rods and other gear. On the West Coast, he also took up hiking the Eastern Sierras.

A ceremonial paddle-out is planned in his memory at Indian Wells Beach in Amagansett on Saturday at 5:30 p.m. A funeral was held at Most Holy Trinity Catholic Church in East Hampton on Aug. 10. Mr. Otto was cremated.

His family suggested donations to Donor Network West online at donornetworkwest.org/contributions, as Mr. Otto had signed up to be an organ donor, a decision his family honored, or to the Surfrider Foundation at surfrider.org.