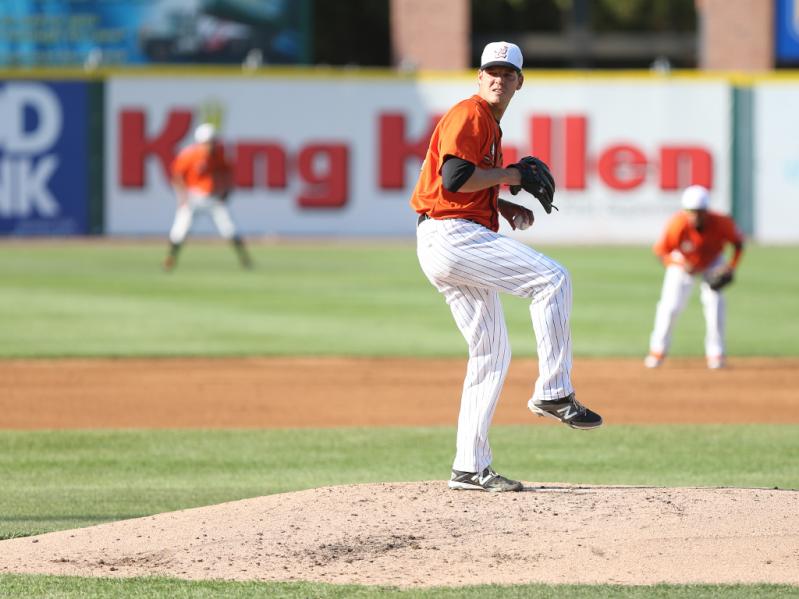 The Long Island Ducks were on a four-game winning streak and tied for first place in the Atlantic League’s Liberty Division as of Friday. A four-game home stand with the Somerset Patriots of New Jersey that ends tonight was to have begun Monday at the 6,200-seat Bethpage Ballpark in Central Islip, which is near the county court buildings.

The Ducks, who were 19-16 going into Monday’s game, made the playoffs last year and are contending again this season. Online reviews say the tickets, which range from $13 and $15, are priced reasonably, that the quality of play is good, and that the parking’s free.

The team is to be home all next week, playing host to the Southern Maryland Blue Crabs (four games) and to the Patriots (two).

The Ducks and the Atlantic League of Professional Baseball in which they play have done well in the professional baseball world. According to Yes Weekly, more than 900 A.L.P.B. players and 50 coaches have been signed to Major League contracts over the years. Hall of Famers such as Rickey Henderson and Tim Raines once played in the league, and the late Gary Carter, also a Hall of Famer, managed the Ducks in the 2009 season.

Tickets can be bought online through liducks.com.