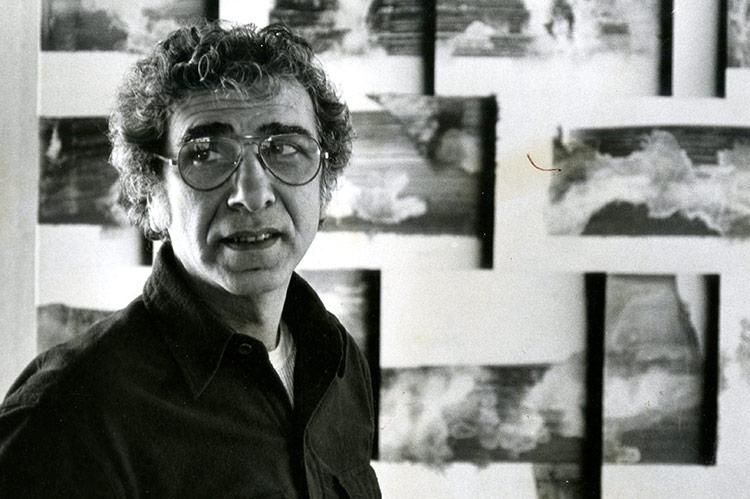 Athos Zacharias, a Springs painter and longtime fixture on the East End art scene, whose long and notable career was launched during the prime of Abstract Expressionism, died of kidney failure on Aug. 18 at the Kanas Center for Hospice Care in Westhampton Beach. He was 92.

Mr. Zacharias began exhibiting in 1959, when he joined the March Gallery on 10th Street in Manhattan. He had solo shows in the city at the Great Jones Gallery in 1960 and Gallery Mayer in 1961. He won the Best in Show award for the first time at Guild Hall the same year, winning it again in 1979, and he received a Pollock-Krasner Foundation grant in 2007.

In the mid-1950s, after receiving degrees at the Rhode Island School of Design and the Cranbrook Academy of Art, Mr. Zacharias moved to New York City and stayed with the painter Howard Kanovitz.

“Larry Rivers lived next door, and I did carpentry for him,” Mr. Zacharias said in a 2014 interview in The Star. In 1959, Rivers included his work in the Art USA Contemporary show in New York, for which established artists selected younger ones. He was invited by Milton Avery to join the Artists Club on 10th Street, a members-only venue founded by Philip Pavia as a site for panel discussions and often heated debates. He found a loft on Broadway a few blocks from the Cedar Tavern, where he met Willem de Kooning.

“De Kooning was a regular guy, highly intelligent, a real worker,” Mr. Zacharias told David Gibbons during an interview for East magazine this year. He became de Kooning’s studio assistant as well as his friend, and the older artist sponsored Mr. Zacharias for a Longview Fellowship in 1962 and a teaching position at Wagner College on Staten Island. He taught there for 22 years.

Mr. Zacharias bought land on Copeces Lane in Springs, cleared the lot himself, and in 1962 began building the house where he lived for the rest of his life. “It took a long time,” he told The Star, because while teaching at Wagner he could work on it only during the summer.

The house itself has been called a work of art, a two-story, solidly constructed rectangle of whitewashed concrete block, with a flat roof, large windows, an outdoor circular staircase, and an exterior block wall painted to resemble a Mondrian. He also built a one-story house on the lot next door that suggested Philip Johnson’s Glass House.

“I lost both houses in a divorce, but I bought this one back,” he told The Star while in his high-ceilinged, skylighted, second-floor studio.

Over the course of his career, during which he exhibited in New York City, throughout the United States, and on the East End, his work drew on elements of Abstract Expressionism and Pop Art, which emerged in the mid to late-1960s. In many of his recent paintings, cartoon figures and Ben-Day dots of the latter movement were overlaid with swirling slashes of paint.

“I was between generations,” he said. “I loved Pop art, so I wanted to find a way to swoosh it together with Abstract Expressionism. I was really interested in what Warhol was doing. Some of the abstract artists verbally assaulted me when Pop elements started to appear in my work.” In 2005, his work was exhibited at OK Harris in SoHo, a pioneering gallery that had been known in part for presenting Photorealism.

Mr. Zacharias was born on June 17, 1927, in Marlborough, Mass., to Nicholas Zacharias and the former Anastasia Zaides. He was raised in nearby Fall River, with four older sisters and a brother. In 1944, at 17, too young to enlist in the military, he joined the Merchant Marine and served on a tanker in the Pacific.

“I learned about the G.I. Bill,” he told Mr. Gibbons, “so at the end of the war, I allowed myself to be drafted into the Air Corps as a statistical draftsman.” His service enabled him to enroll in the Rhode Island School of Design. In the mid-1950s, he traveled to Europe with his wife, the former Mary Filaretos. His daughter, Rena, who was born in Athens during that trip, survives him, as does a son, Dennis. Both live in East Hampton. His wife died before him.

In 2016, he was awarded “Ashawagh Honors” at the Artists of the Springs Invitational exhibition by the show’s curator, Nick Tarr. “His great joy was painting, his daughter said. A longtime friend, Tara Sagliocco, offered another perspective. “He would tell you his obsession was art, but his great love was his kids. He told me once that some of his older friends who made it big warned him that if he had children, he wouldn’t make it big as an artist. “I’d rather have children,” he was quoted saying in response.

“He was really funny, too. Once a group of us were having dinner during the Halloween parade down in the village. After dinner he announced that we were going to march in the parade.” When his friends pointed out that they had no costumes, he opened a cabinet, gave each of them a spoon and two pots, and explained they were going as potheads. “Off we went and marched in the parade. That’s who he was,” said Ms. Sagliocco.

According to his wishes, Mr. Zacharias will be cremated and his ashes dispersed by his children. His daughter said a memorial celebration will be announced.
--
Correction: The original version of this obituary had the incorrect birthdate. Mr. Zacharias was born on June 17, 1927.