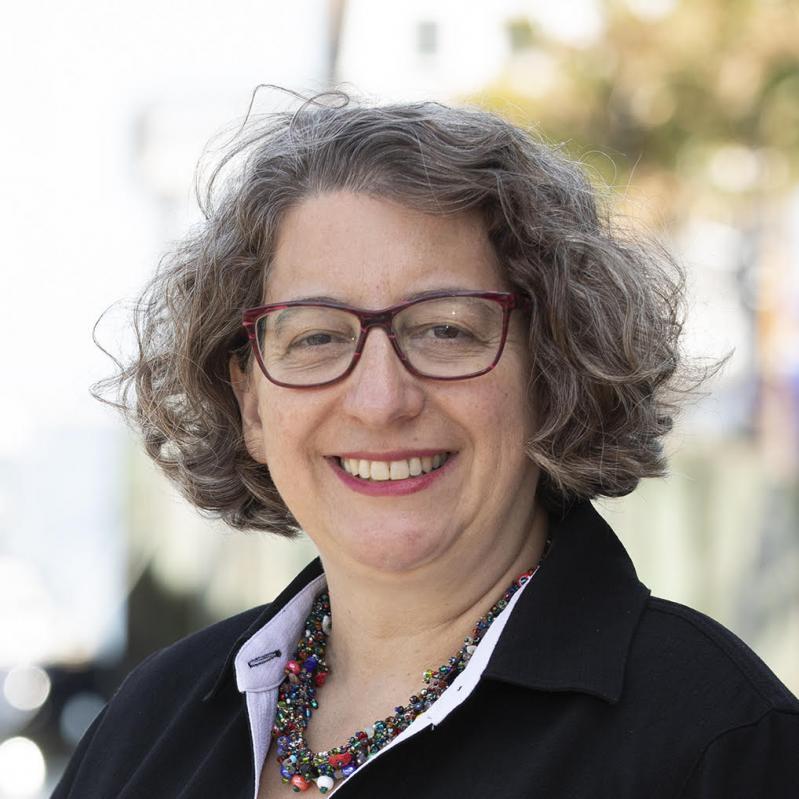 Nancy Goroff, a professor, is looking for the Democratic Party's nomination to run against Representative Lee Zeldin in 2020.
Goroff for Congress

"I am running," Nancy Goroff, a professor and chairwoman of Stony Brook University's chemistry department, told The Star on Monday, one day before she officially announced her candidacy for the Democratic Party's nomination to face Representative Lee Zeldin next year.

Ms. Goroff, who is on a leave of absence, declared her candidacy to represent New York's First Congressional District with a Tuesday morning press release. "Suffolk is home," the Stony Brook resident said in the statement. "It's where I raised my two daughters. It's where I work. For the past 22 years, I have taught at Stony Brook University, where we've innovated and inspired the next generation. As a scientist, I believe in facts. And it's a fact that Washington is hurting Suffolk families. I'm running for Congress to use my experience as a scientist to combat global warming, make health care affordable, protect a woman's right to choose, and end the gun violence epidemic."

The Chicago native, who would be the first female Ph.D. scientist elected to Congress, has lived in the district since 1997. With her announcement on Tuesday, she joins Perry Gershon, an East Hampton resident who lost narrowly in his campaign to unseat Mr. Zeldin last year, in seeking the Democratic Party's nomination. Mr. Gershon announced his intention to seek the Democratic nomination in April.

As chairwoman of Stony Brook's chemistry department, Ms. Goroff worked to create new organic semiconductors and studied how to use them to make solar energy more affordable and attainable, according to the statement announcing her candidacy. She collaborated with partners to develop entrepreneurship programs including iCreate, an area within Stony Brook University's division of information technology that aims to provide the ideology and tools to foster institutional collaborative efforts and spark creativity and innovation.

"I have a history of working with people from lots of different backgrounds, finding solutions, building consensus," she told The Star on Monday. "That's what I've done at the university, and what I think we need to see in Congress."

Residents of New York's First Congressional District, she said, are worried about health care, the environment, and financial security. "Our representative is not doing anything to address those issues," she said of Mr. Zeldin. "I intend to listen to people, listen to the facts, and work with all stakeholders to find real solutions."

Mr. Zeldin, she said, "has tried to undermine health care on every occasion that he has been given an opportunity, including trying to get rid of coverage for pre-existing conditions, something that's incredibly important for people. He has done very little on the environment. He likes to say things to make it sound like he cares about these issues, but isn't actually doing anything."

Mr. Zeldin "hasn't had a town hall in over two years," Ms. Goroff added, "so it seems he doesn't even want to hear from constituents, except in very controlled circumstances."

In May, when she was considering a run for Congress, Ms. Goroff said that she has long been involved in issues advocacy, pointing to her position on the Union of Concerned Scientists' National Advisory Board and activism with J Street, a nonprofit group advocating a two-state solution to the Israeli-Palestinian conflict though diplomacy. "But I guess I've gotten to the point where I feel I need to move my involvement to the next level," she said at the time.

Last year's Democratic primary race included a scientist, Elaine DiMasi, a physicist who worked at Brookhaven National Laboratory. She fared poorly, finishing last among five candidates, but "different scientists come with different skills," Ms. Goroff said in May. "People ask, how do you get from chemistry to Congress, and the answer is that the skills I use in leading the chemistry department are the same that we need in Congress now: being able to solve complex problems, building consensus, advocating for the people I represent. I've had a lot of leadership positions at the university, and I think those skills have served me well and will continue to."