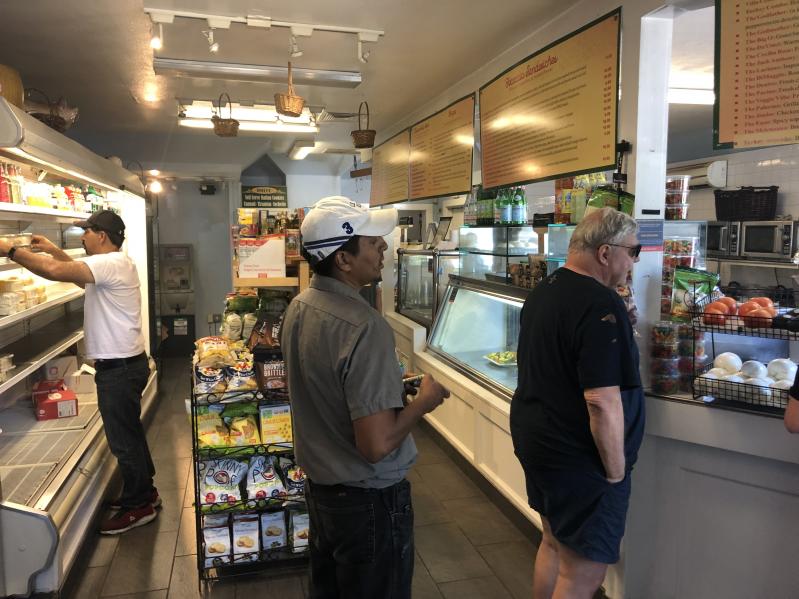 Villa Italian Specialties in East Hampton Village was up and running again by Tuesday morning after an oven caught fire there and the blaze spread to the attic on Sunday afternoon.

Rashid Sulehri, the store's owner, said his 20 employees spent all day Monday cleaning up while contractors worked to fix the roof and replace the old oven. It had been slated for replacement anyway, Mr. Sulehri said.

"We brought in new stock and are preparing everything fresh," he said at around noon on Tuesday, as the crew restocked shelves, blended pesto, grilled chicken, and packed mozzarella. "The whole premises has been cleaned and power-washed. It was amazingly fast."

Mr. Sulehri said the fire damage at the Railroad Avenue store cost about $25,000 to fix.

Mr. Sulehri was also in the news last weekend as Newsday wrote about his new venture taking over the Beach Bakery and Grand Café in Westhampton Beach, the only kosher bakery on the East End. Mr. Sulehi, who is Muslim, said he is "carrying on a tradition" at the bakery-restaurant, founded 30 years ago.