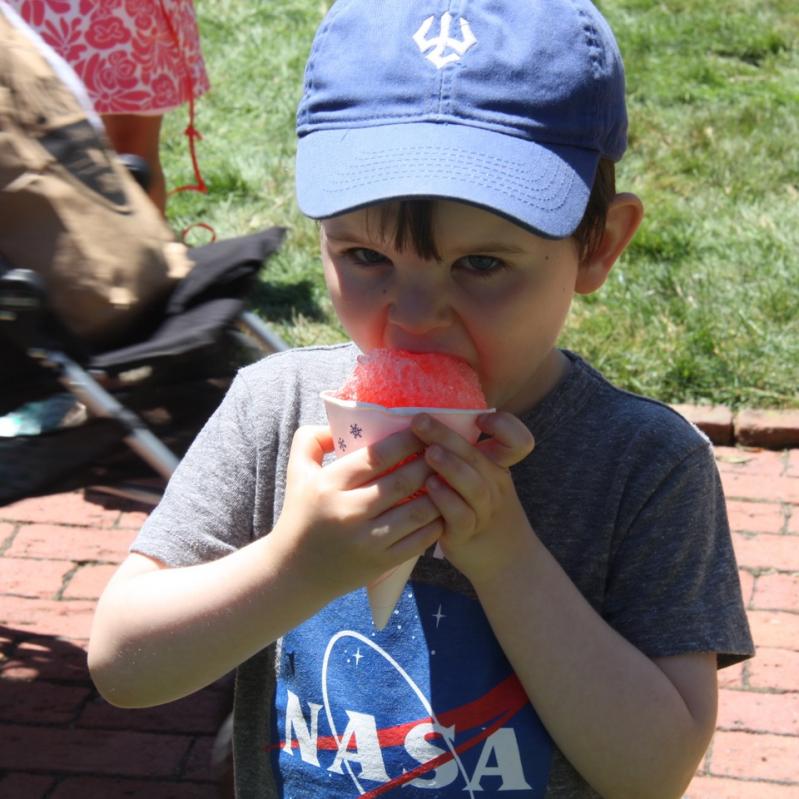 Refreshing, tasty treats are just some of the offerings at the annual St. Luke's Fair.
Durell Godfrey

Fairs on the grounds of St. Luke's Episcopal Church are a tradition for more than 100 years, the church said in an announcement this week. On Saturday, the annual tradition will continue with what's being called "a cornucopia of delights" from 10 to 4 p.m. on the grounds of the church, at 18 James Lane in East Hampton.

This year's event will feature activities for all age groups, including face painting, a clam bar, a bouncy castle, shopping, food and drinks, and wildlife exhibitions. Live country and western music will be performed, as will circus-themed acts and science experiments for children. The church also promises "an extravagant silent auction of terrific bargains."

In August of 1905, according to an East Hampton column in The Star that year, the fair was estimated to have raised $1,000 for St. Luke's and was said to be "the greatest success of any like affair ever held in East Hampton." In August of 1912, according to an advertisement in The Star that month, it was billed as a "Lawn Party" with "both the usual and unusual attractions," for which admission was 15 cents for adults and 10 cents for children.

According to the church, this year's fair will run two hours longer than in years past. Tickets are required for games, rides, and other attractions, and cost $1 each or $5 for six. Information about parking, shuttle services, acceptable methods of payment, and raffle and auction prizes can be found online at stlukeseasthampton.org/family-fair-at-st-lukes.

Also, this weekend, a fund-raiser for Fourth the Kids, an umbrella organization benefiting charities that help young people, will be held Saturday evening in a tented outdoor setting, whose location can be learned by emailing [email protected]. This year’s beneficiary is the Jed Foundation, which provides mental health resources to teens and young adults throughout the country. Guests will take home gift bags with goodies from a number of sponsors.

Rosanne Cash, the author of “Bird on a Blade,” will be interviewed by the CBS News Correspondent Rita Braver on Saturday at 5 p.m. at BookHampton in East Hampton. BookHampton has several other author talks coming up as well, all of them at 5 p.m.

William Norwich, former interior design and fashion editor of Vogue and The New York Times, will speak with the interior designer David Netto about “Interiors: The Greatest Rooms of the Century,” in which both are featured, on Saturday, July 13, and Peter J. Solomon will be interviewed by James D. Zirin, former assistant U.S. attorney for the Southern District of New York, about his book “Wasting Time Constructively,” on July 14. The Zirin-Solomon interview begins at 3 p.m.

Mashashimuet Park's History and Future
A Conference for Young People to Create Solutions
Get Outside, Get Moving
END_OF_DOCUMENT_TOKEN_TO_BE_REPLACED