Tenia Campbell, charged with murder, will appear in court on Wednesday 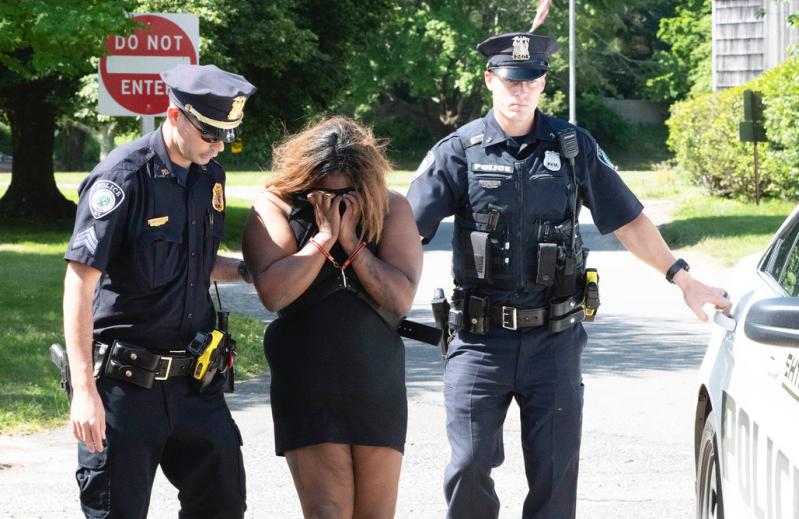 Tenia Campbell, charged with killing her twin toddlers, has been in custody since her arrest on June 27. She will appear in Suffolk County Criminal Court on Wednesday.
Doug Kuntz
By Taylor K. Vecsey

A grand jury has indicted the mother accused of killing her twin toddlers late last month and then driving to Montauk with their bodies in the car.

Tenia Campbell will appear in Suffolk County Criminal Court in Riverhead on Wednesday, to be arraigned on new murder charges in a four-count indictment.  The indictment will be formally unsealed then, but online records indicate she will be charged with two counts of first-degree murder and two counts of second-degree murder as Suffolk County District Attorney Timothy D. Sini's office makes its case against her.

Mr. Sini's office did not return a request for comment on Friday. Ms. Campbell has been held without bail at the Suffolk County jail in Riverside since her arrest, the evening her daughters were found dead.

Ms. Campbell, 24, allegedly killed her 2-year-old girls, Jasmine and Jaida Campbell, on June 27, though Suffolk County police did not say how she killed them, pending a medical examiner's report. She was found at the entrance to the Third House area in Montauk County Park after an extensive two-hour search throughout the county. Her mother called 911 after her daughter called her and said she had killed her twins with her "bare hands" and was going to kill herself next by walking into the ocean to drown. She would not give her exact whereabouts.

Police used telephonic GPS to find her. An East Hampton Town police officer found Ms. Campbell's minivan parked just past the Montauk Highway entrance to the county park. Ms. Campbell, who was not armed, walked toward police and screamed at an officer to shoot her. Police were soon able to subdue her and found the children in their car seats, not breathing and without a pulse.

Emergency medical personnel tried to resuscitate the girls, but it was too late. They were pronounced dead shortly after arrival at Stony Brook Southampton Hospital.

Vanessa McQueen, Ms. Campbell's mother, told police that her daughter, a mother of three, had been diagnosed with bipolar disorder years ago and struggled with depression and anxiety. She also has a 4-year-old son, who was with his father that day.