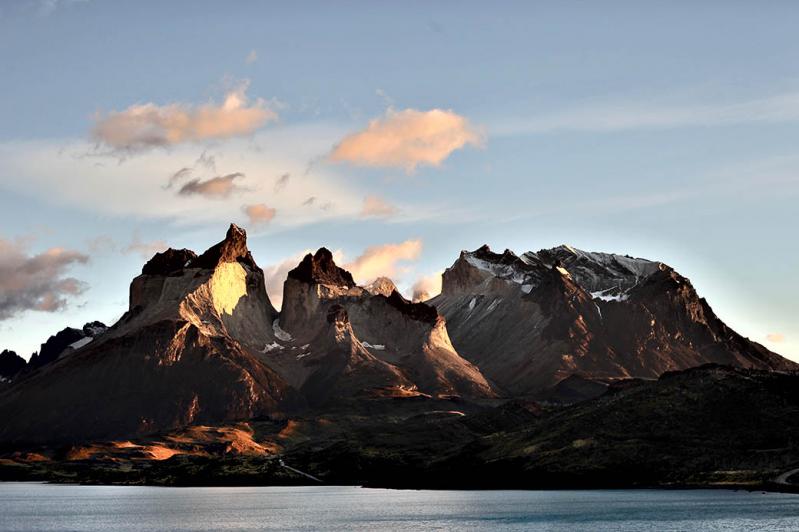 Through the small porthole window beside my bed, I could just make out the silhouette of the Cordillera Paine mountains in the distance, their asymmetrical peaks dressed in a delicate layer of snow. I was sitting on a small cot, clutching a dog-eared copy of Bruce Chatwin’s “In Patagonia” and enjoying a welcome moment of quiet after a long day’s travel. At my feet was a monster backpack stuffed with camping gear, a few clean clothes, a notebook, a camera, and about 40 granola bars — all the supplies I’d taken along for a month in South America.

That day, I had flown from Montevideo, Uruguay to Santiago, Chile, taken a 12-hour bus to the small city of Puerto Montt, and arrived just in time to meet the boat which, bound for Patagonia, at the southern tip of the continent, was to be my home for the next five days.

The 375-foot cargo ship, La Evangelista, is one of a handful of commercial vessels that take goods to some of the hardest-to-reach parts of the country. Since 1972, the ship has embarked weekly from Puerto Montt, charting a 1,400-mile course through the fjords and coastal channels of southern Chile, past archipelagos of uninhabited islands to Puerto Natales, a town tucked in the foothills of the famed Torres del Paine National Park. In the 1990s, the company began offering a limited number of rooms for passengers — mostly backpackers looking for an inexpensive way to get to the park. In March, I was one of them. 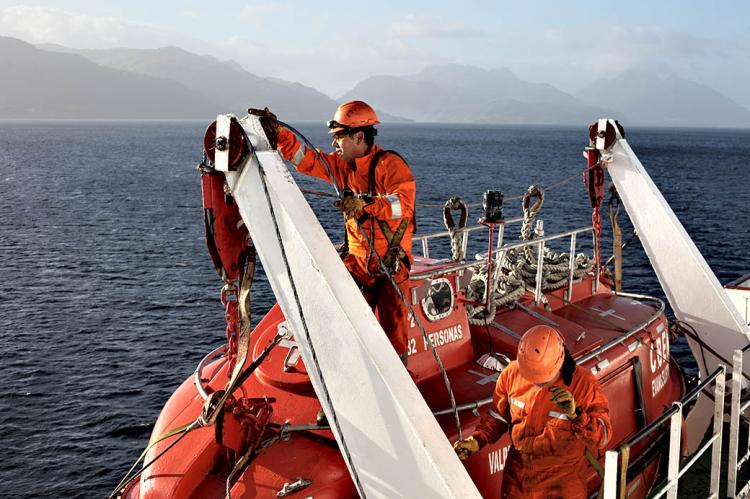 To be clear, this is not a cruise. La Evangelista is an industrial ship; its main priority is to transport goods — cars, shipping containers, food, livestock. Passengers are an afterthought and on-board luxuries are few. The rooms are small, drafty, and shared. The showers are cold and smell of mildew. No cellphone service, no television, Wi-Fi, or alcohol. Of the food, I will say only that it is edible. And, of the coffee, that it is instant.

But for those who prioritize adventure over comfort, it is a singularly compelling way to experience the untamed beauty of remote Chilean Patagonia, notoriously difficult to get to, and typically requiring multiple flights or days-long bus rides.

There is also something uniquely immersive, dare I say romantic, about traveling by boat, soggy boots and all. From the ship’s deck, it is possible to feel subtle shifts in temperature, to hear the sounds of condors swooping overhead, to catch a whiff of the sweet pine of the Calafate trees. On a boat, you are inside the landscape, exposed to the elements, subject to the whims of weather and tides. And the weather there has a mercurial temper, often cycling from baking sun to slicing wind to rain and back again within the space of an hour. 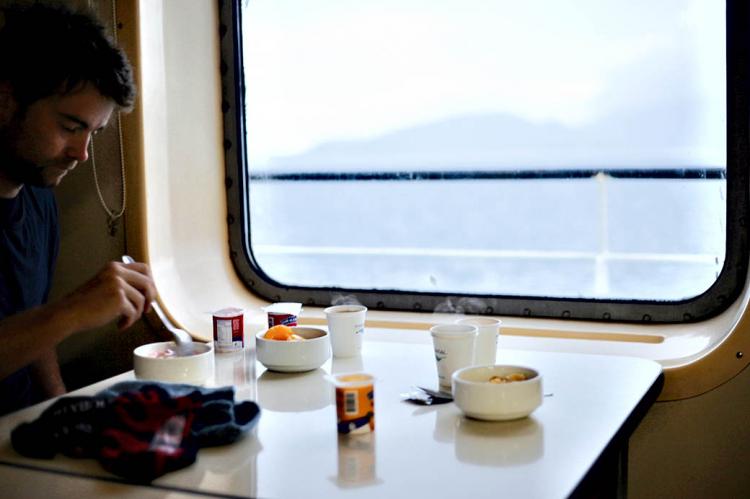 We were about 25 passengers, a motley crew of backpackers and rock climbers of wide-ranging ages and nationalities. A majority were from France and Germany. I was surprised to find that I was the only American. Many in the group, including my bunkmate — Tom Hollis, a sardonically funny 32-year-old Australian — were, like me, traveling alone. The solo travelers quickly forged a bond, sharing meals and swapping stories of misadventures involving missed flights, muggings, and bouts of food poisoning. Despite the damp and chill of the ship, the atmosphere on board was one of homey camaraderie — the combination of board games, too-little sleep, and uninterrupted hours of idle time making the whole experience feel like a days-long slumber party.

Several of us woke each morning at 5 to scout for whales on the top deck. We sipped coffee from paper cups, our boots slowly soaking through with seawater that sloshed to and fro, and gazed out at the open sea as the sun tipped over the horizon. 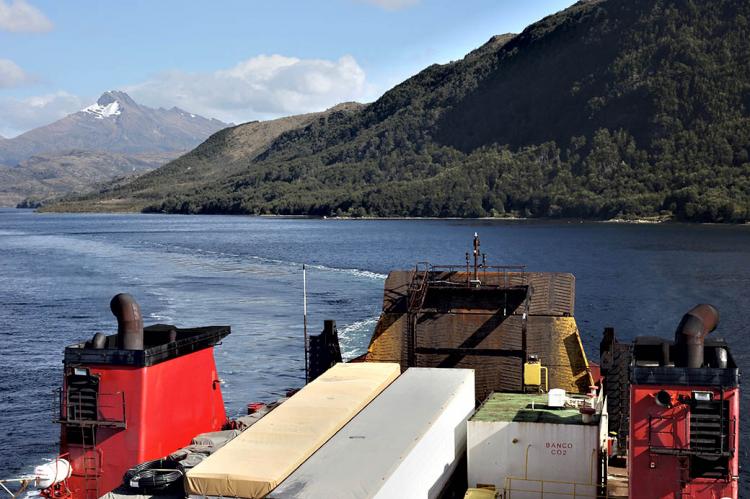 Breakfast (cereal and yogurt) was served precisely at 8 and lunch (sandwiches) at 12:30 p.m. I spent most of my time exploring the ship — poking my nose into the bridge to check out the captain’s charts. Or else playing chess with Tom, or simply staring out into the deep blue of the water, hoping to catch sight of a fin.

All the while, the big rusty boat wove a surprisingly nimble course through narrow channels and snaking fjords. For the most part, the movements of the ship were smooth, a steady, rhythmic rocking. But, every now and then, we’d careen a little too fast around a bend and I’d have to scramble to grab a hold of something as the ship listed to one side, sending books and plates sliding off tables and clattering onto the floor. Once or twice, a passenger pitched over sideways onto the floor, too. 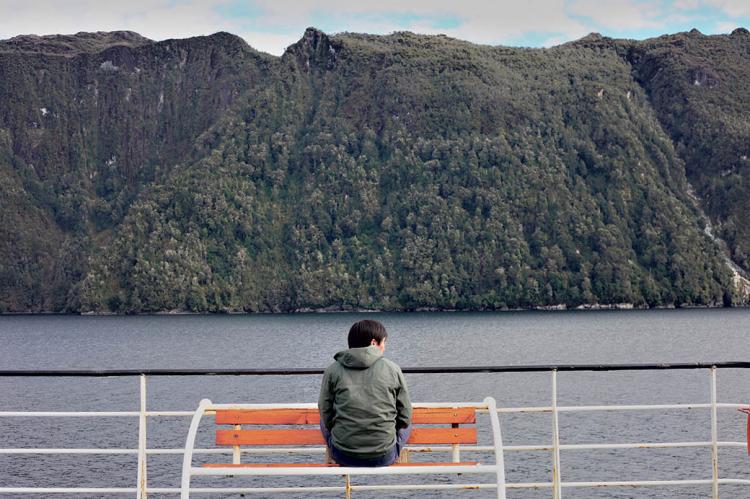 After dinner, a big group of us gathered in the cabin to play poker and drink non-alcoholic beer which could be bought for around $1 U.S. from the ship’s small commissary. (According to lore, La Evangelista’s alcohol prohibition was instated after a particularly rowdy and whiskey-loosened group of trekkers started a bonfire in a dorm room.)

At night, I sat up on the deck under a net of stars, a night sky more brilliant than any I have ever seen. Though what struck me most was not the brilliance of the stars, but the quality of the darkness around them. Just endless purple-black, deep space. It was a kind of vastness I had never experienced. Staring into it felt like peering off the edge of the world. Around 1 or 2 a.m., I would crawl, exhausted, into my bunk and fall quickly asleep, lulled by the loud thrumming of the engine.

On the last day, the three granite monoliths of the Cordilleras came into view. As we moved steadily south toward the Arctic Circle, the topography of the landscape shifted markedly, from lush rolling hills and waterfalls to sweeping steppes and towering stony cliffs. Compared with the rest of the Andes, the mountains in Patagonia appear rough-hewn, chaotic, reflecting the erratic temperaments of the glaciers that forged them. Dressed in the pastel colors of evening light, the granite spires of the iconic Torres, which stretch some 9,000 feet into the air, glow a resonant purple, their sharp angles seeming almost to pierce the soft dome of the sky. 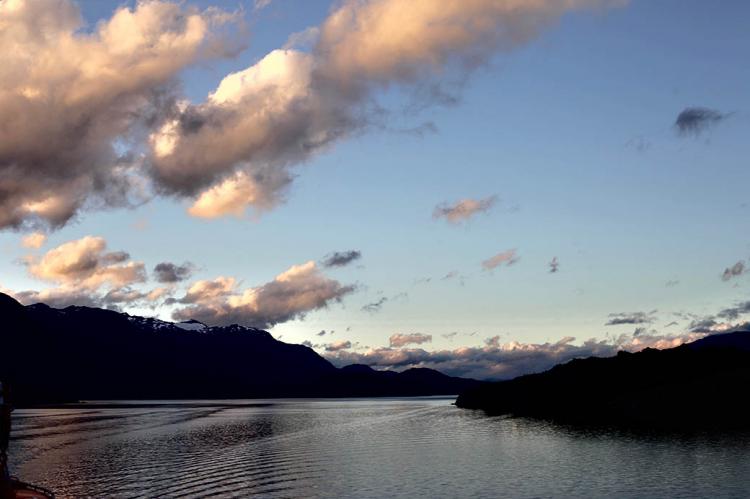 The final evening on the boat was unseasonably warm. We ate dinner (ham and cheese sandwiches and potato chips) and one of the French hikers passed around a bottle of contraband rum. I took a grateful swig and stretched myself out on the deck, delighting in that loose-limbed joy that comes with sudden warmth.

The weeks that followed were full of joys and discomforts. I hiked more than 70 miles through Torres del Paine National Park, spent a harrowing night in a flimsy tent in a lightning storm, saw more rainbows than I can count, went nine days without showering, and shared one of my granola bars with a very friendly Pampas fox. I never did see a whale. But, in the months since I’ve been home, the memories that come back to me with the greatest immediacy are of those idle hours I spent on the deck of La Evangelista, watching the mountains float past, the wind whipping through my unwashed hair.