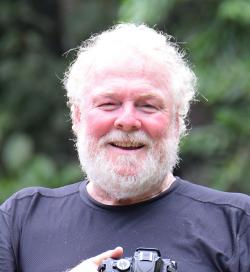 John D. Kelly, who operated the first commuter seaplane flights between Manhattan and East Hampton in the 1990s, died of cancer last Thursday at home in Guilford, Conn. He was 72.

Described by his family as a legend in the seaplane community, Mr. Kelly spent many years flying between Manhattan’s 23rd Street seaplane base on the East River, known as one of the most complex and congested air spaces, to resorts and islands in the Northeast.

He trained more than 1,000 pilots who are now flying a variety of aircraft around the world, and served on the board of directors of the National Air Transportation Association.

In 1980, he launched Shoreline Aviation, an amphibious seaplane service based at Griswold Airport in Madison, Conn. The company later moved to Tweed New Haven Airport and established a service at East Hampton Airport.

Born on Nov. 2, 1946, to John Kelly and the former Mildred Drew in Tucson, he grew up in Boston, where he graduated from Boston Latin School. He received full scholarships to study music theory and composition at the Curtis Institute of Music in

Philadelphia and to attend the New England Conservatory, where he earned a master’s degree. He was a classically trained trombonist.

A lifelong learner, he later earned another master’s degree in environmental science from Southern Connecticut State University, and pursued a Ph.D. in the subject at Antioch University.

During his years performing as a trombonist, he learned to fly to get to concerts, and decided to change careers.

He was a world traveler, a certified scuba instructor, a raconteur, and an exceptional cook. Recently he enjoyed spending time with family and friends at his retirement home on the Dingle Peninsula in Ireland.

He is survived by his wife, Andrea Collingwood, and two sons, Jeremy Collingwood of Durham, Conn., and Andrew Kelly of Guilford. A sister, Patricia Kelly of Waltham, Mass., and two grandchildren also survive.

A celebration of his life will be held at the Shoreline Aviation hangar at Tweed New Haven Airport on July 27 at 4 p.m.

The family has suggested memorial contributions to Shoreline Aviation, 60 Thompson Avenue, East Haven, Conn. 06512, for a scholarship fund that will be set up in Mr. Kelly’s name to help women and low-income students pursue a degree in aviation studies.