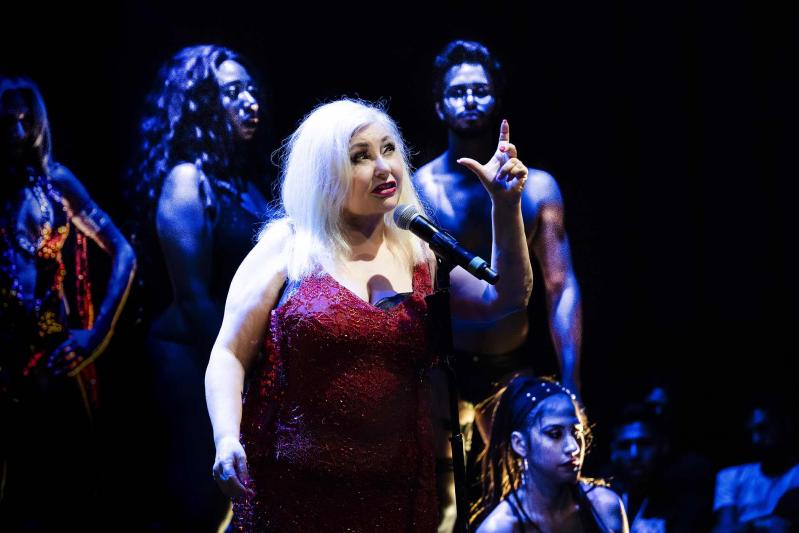 The Watermill Center’s Viewpoints lecture series, which draws speakers from diverse disciplines to discuss ideas and issues important to contemporary discourse, will launch next Thursday with Penny Arcade, a longtime downtown Manhattan luminary, and continue with the actress and filmmaker Isabella Rossellini, Shane Weeks, a Shinnecock artist and activist, Eddie Peake, a painter and performance artist, and David van der Leer, a curator and creative consultant.

Born Susana Ventura to a working-class Italian immigrant family, Ms. Arcade first left home at the age of 13, and three years later changed her name after an LSD trip in New York City.

Her career as an avant-garde performer began at 17, when she joined John Vaccaro’s Playhouse of the Ridiculous. Since then she has appeared in films by Larry Rivers and Andy Warhol and worked with such transgressive underground theater artists as Jack Smith and Charles Ludlam.

Her long list of original theatrical works includes “Bitch! Dyke! Faghag! Whore!” — a commentary on censorship and sexuality — and “New York Values,” a critique of the Giuliani years.

Ms. Rossellini’s many films include “Blue Velvet,” “Wild at Heart,” “Death Becomes Her,” “Big Night,” and “Immortal Beloved.” She is also a filmmaker who has created a series of shorts that offer amusing and insightful studies of animal behavior, and she is involved with a number of conservation efforts.

A member of the Shinnecock Nation and the Southampton Town Arts and Culture Committee, Mr. Weeks gives presentations and hosts events focused on Shinnecock life, history, and culture in an effort to bridge the awareness gap between indigenous communities and global audiences.

Mr. Peake’s mediums include performance, video, photography, painting, sculpture, sound, and installation. Much of his work focuses on the drama implicit within relationships among people and how desire, sexuality, socio-political constructs, and psychological states such as depression impact them.

The principal of DVDL Design Decisions, Mr. van der Leer is a consultant, curator, educator, moderator, researcher, strategist, and writer whose passion is reinventing the institutions of yesterday through architecture and interdisciplinary programs.

All talks will take place at 7:30 p.m. Tickets are $10, and advance reservations are required. The complete schedule can be found and reservations made on the center’s website.