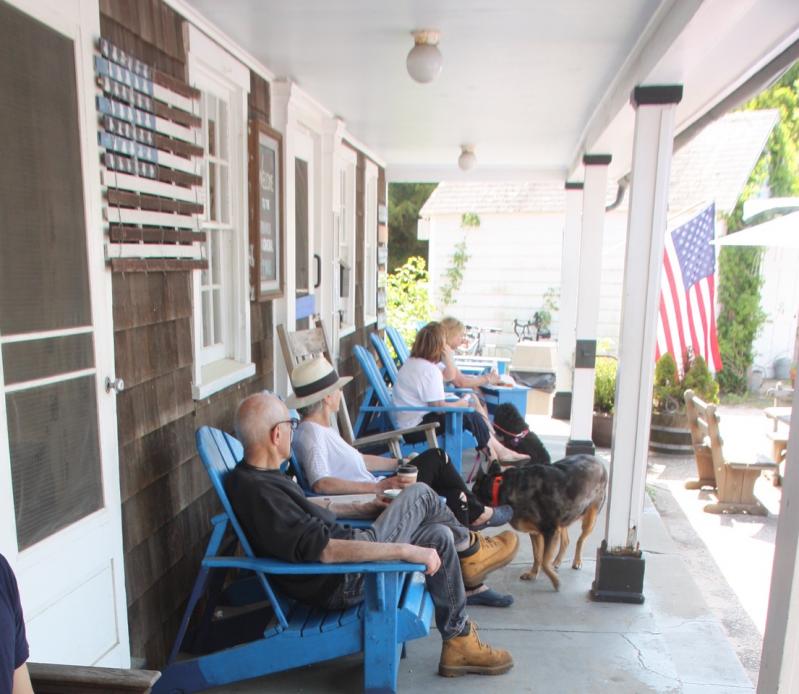 The Springs General Store, a well-known gathering place, is on the market.
Durell Godfrey
By Jamie Bufalino

The Springs General Store, the historical market and gathering place on Old Stone Highway, is for sale for $2.9 million. “It’s time for the next set of owners to own it for the future generation,” said Tina Plesset, an agent for Sotheby’s International Realty who has the listing with her colleagues Phelan and Kammy Wolf.

The seller is the unnamed “angel buyer” who purchased the store in 2015 when the popular deli and catering business there had been in danger of closing. This time around, Kristi Hood, who runs the business, said she’s not going anywhere for the foreseeable future. “I have a lease that’s much longer than two years,” she said on Sunday. “The current owner has been very supportive.”

Ms. Plesset said the owner, who has overseen a renovation of the interior, was not in a hurry to sell the building, and was looking for the right buyer. “The owner wants someone who is invested in the community,” she said.

The property is on 1.3 acres on Accabonac Harbor, and includes an approximately 2,520-square-foot building with the retail store on the ground floor, a two-bedroom apartment on the second floor, and a detached two-car garage.

Built in 1844, the store has changed little over the years.

The property also comes with an artistic pedigree. Jackson Pollock, who had lived nearby, at what is now the Pollock-Krasner House and Study Center, used to frequent the market, and once exchanged one of his Abstract Expressionist paintings for groceries. The piece now hangs in a museum in Paris.
--
Correction: An earlier version of this article incorrectly stated that East Hampton Town had purchased a facade easement on the Springs General Store in 2015 with $170,000 from the community preservation fund, meaning that its exterior would remain untouched. While the East Hampton Town Board voted unanimously to purchase the facade easement, the purchase did not ultimately take place.