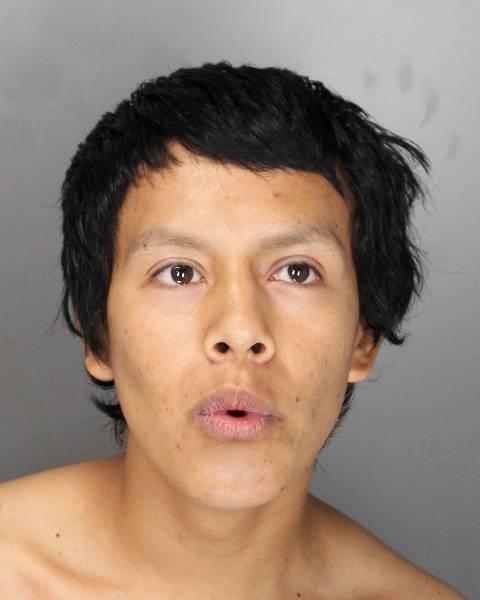 A 20-year-old was arrested on a felony assault charge after stabbing his mother following a birthday party at their house in Springs on July 7, East Hampton Town Justice Court records show.

Carlos Pucha-Guaman, a native of Ecuador, stabbed Nilfa Noemi Guaman-Nieves, 37, in the chest with a kitchen knife at their house on Three Mile Harbor Road in the early morning hours, according to a statement she gave police. She said they had been celebrating her niece’s birthday in the backyard, and her son and some others were drinking Corona beer.

At about 1 a.m., she told them all to go inside and go to sleep. When they didn’t listen, she went back outside and asked them to stop partying. Her son got angry, she said. In the dining room, he came up behind her and put his arm around her, holding a kitchen knife to the left side of her neck.

“At that point he told me that he was going to kill me,” she said in the statement. She tried to push the knife away, but she was cut on her neck and hand. “As I was trying to get away, he then took the knife and stabbed me in the chest area.” Her 13-year-old son pulled Mr. Pucha-Guaman off her, and she fell to the floor.

In the statement, she said her son was acting out of character. He said that “his sister who had passed away told him to kill her because she had abandoned them,” the statement reads. She told police her son has a history of suicidal tendencies and has threatened to kill her in the past.

Although the victim was identified through court records, police declined to do so because it was a domestic incident. Detective Sgt. Dan Toia said she sustained non-life-threatening injuries, though the wound required stitches. A Springs ambulance transported her to Stony Brook Southampton Hospital for medical treatment.

Mr. Pucha-Guaman was arrested at the house at 1:58 a.m. and charged with second-degree assault. Justice Steven Tekulsky set bail at $5,000.