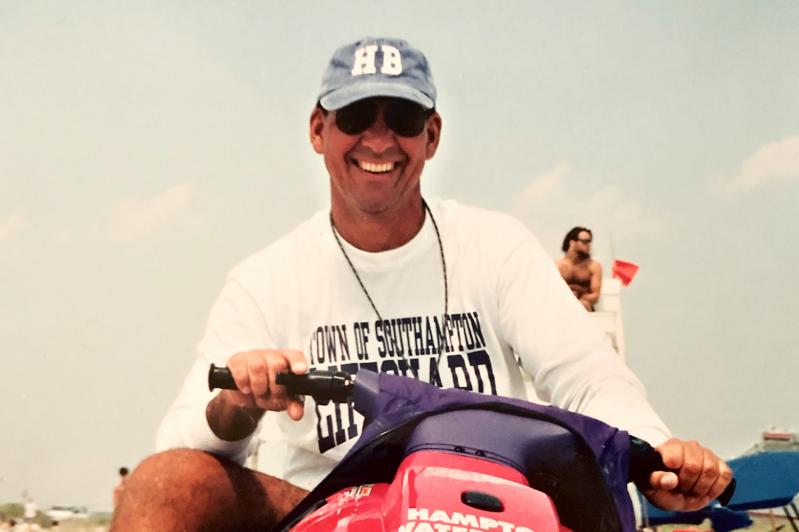 Southampton Town lifeguards will go at it head to head in this year’s inter-beach lifeguard competition at Scott Cameron Beach at the end of Dune Road in Bridgehampton. This year the competition has been named the Mike Diveris Battle of Southampton in honor of one of the founding fathers of the town lifeguard program, who died on June 17 at the age of 72.

Mr. Diveris, a Hampton Bays schoolteacher and football coach, became a town ocean lifeguard in 1969 and was the first one to pass the Suffolk County ocean test, which helped usher in the modern era of the town’s ocean rescue group, a release from the town said. He was a leader who made the ocean lifeguards a professional organization.

“He was instrumental in encouraging women to join the team and compete when it was a predominantly male profession. He coached them in their first national competition,” the release said. “Diveris earned the respect of both men and women lifeguards for more than 30 years.”

Depending on the outcome of the competition tonight at 6, one male and one female team from Southampton will compete in the Main Beach tournament in East Hampton Village next Thursday at 4 p.m. The Southampton women’s team took home first place in landline rescue and sprint relay last summer.

The Southampton Town lifeguards are looking to compete in the United States Lifesaving Association’s national competition in Virginia Beach in August, and a fund-raiser will be held at Oakland’s restaurant in Hampton Bays on July 31 from 6:30 to 8:30 p.m. Tickets are $20 for adults, $10 for people under 21 and students. Hors d’oeuvres will be served, and there will be a cash bar.

Meanwhile, the junior lifeguards will compete in a tournament of their own at Ponquogue Beach in Hampton Bays on Aug. 3 at 9 a.m.