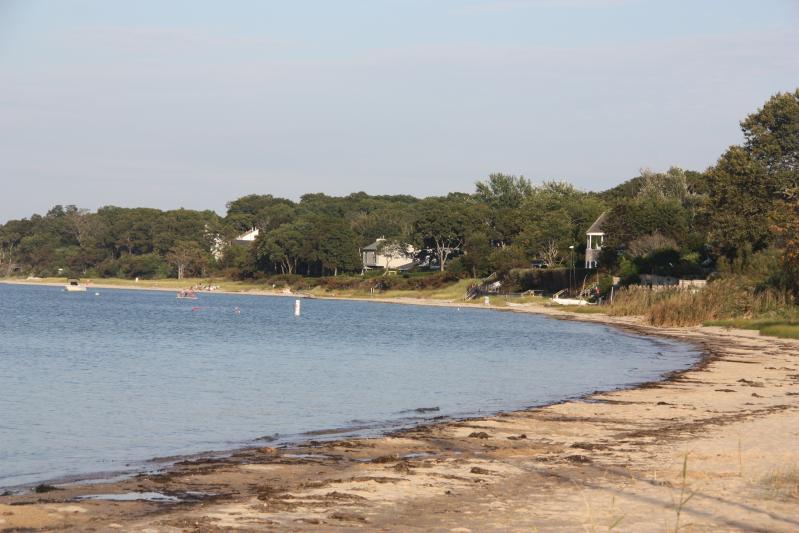 The historically African-American waterfront subdivision of Azurest, above, along with Sag Harbor Hills and Ninevah were created at a time when African-Americans were excluded “from most public recreation locations in the greater New York areas,” said Renee V.H. Simons, president of the nonprofit SANS Sag Harbor.
Durell Godfrey
By Jamie Bufalino

The National Parks Service, the federal agency that oversees the preservation of historic structures and districts, last week added the Sag Harbor communities of Sag Harbor Hills, Azurest, and Ninevah Subdivisions (known as SANS) to the National Register of Historic Places.

The historically black neighborhoods had been nominated for the designation by the New York State Board for Historic Preservation in March.    Renee V. H. Simons, the president of SANS Sag Harbor, a nonprofit that advocated for the listing, called the designation an "honor," and said documents about the founding of the communities would now be preserved in the Library of Congress.

In a prepared statement, Ms. Simons provided a short history of the subdivisions. "The SANS communities were created to provide privately-owned, safe, and nurturing neighborhoods for family resort recreation and a sense of extended families. During this initial period, African-Americans were excluded by covenants and practice from most public recreation locations in the greater New York areas," she said.

She thanked those who supported the effort to have the community recognized as historic, including the SANS residents, the Sag Harbor Village trustees, the Eastville Community Historical Society and Dr. Georgette Grier-Key, its executive director, Sen. Kirsten Gillibrand, who recently advocated for the designation, Congressman Charles Rangel, and State Assemblyman Fred W. Thiele Jr.

"SANS stands on the shoulders of legacy families who came to Sag Harbor with a purpose and a vision," said Ms. Simons.