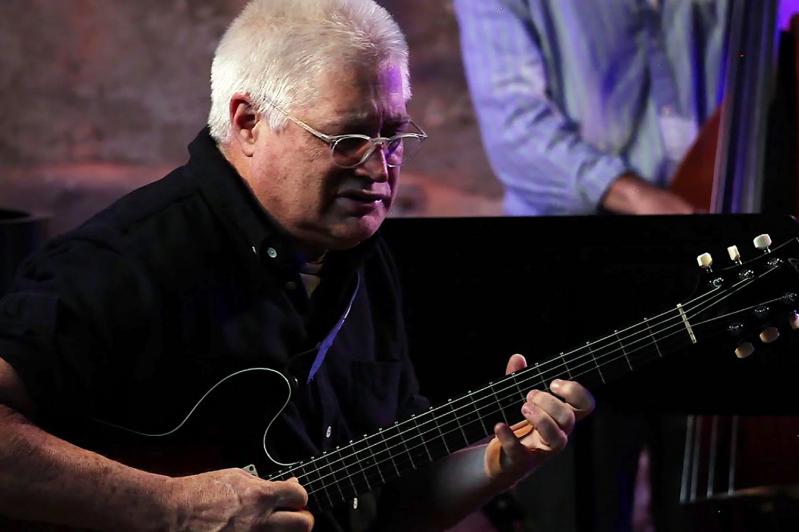 “East Enders,” a two-part music festival organized by Peter Watrous, a guitarist and former music critic for The New York Times, will launch this weekend at the Arts Center at Duck Creek in Springs with three performances that explore the relationship among jazz musicians, artists, and writers during the heyday of Abstract Expressionism.

The first program, which will happen tomorrow at 5 p.m., was inspired by Frank O’Hara’s poem “The Day Lady Died,” which expressed his pain after the death of Billie Holiday. The show will feature the songs in Holiday’s repertoire in the late 1950s interspersed with recitations of O’Hara’s poems by the poet Max Blagg. Shenel John will sing, backed by Noah Garabedian on bass and Mr. Watrous on guitar.

The music festival was conceived by Mr. Watrous and Jess Frost, the president and executive director of the arts center. Longtime friends, the two put together music programs at the erstwhile Silas Marder Gallery when Ms. Frost was its curator.

The Five Spot Cafe on the Bowery was a gathering place that followed in the path of the Cedar Tavern in the late 1950s. “It was originally a bar,” said Mr. Watrous. “Bill de Kooning and Larry Rivers lived in the neighborhood, and they asked the owners if they would have music there.”

“From the get-go they hired people who were not as well known then as they are now, such as Thelonious Monk, John Coltrane, Ornette Coleman, and Cecil Taylor. The bar became a nexus for writers, artists, and musicians in a way that really hadn’t happened before, especially because of the exchange between black and white cultures there.”

Fittingly, Saturday’s 5 p.m. program, “De Kooning, Rivers, and the Five Spot,” will delve into the music that was being developed and absorbed at a time when various avant-gardes were mingling and cross-pollinating.

The third program, “Pollock’s Record Collection,” will take place Sunday afternoon at 3. “When I was researching the period,” Mr. Watrous said, “somebody sent me an article about Ornette Coleman’s reaction to Jackson Pollock’s paintings. There’s a Pollock painting, ‘White Light,’ on the cover of ‘Free Jazz,’ arguably Coleman’s single most important record.” Pollock painted to the sound of American jazz musicians such as Louis Armstrong and Jelly Roll Morton.

The Saturday and Sunday concerts will feature Josh Lawrence on trumpet, Caleb Curtis on saxophone, Marta Sanchez on piano, Jason Brown on drums, and Mr. Garabedian on bass. “Caleb Curtis is one of the most imposing saxophonists of his generation,” said Mr. Watrous, adding that Mr. Lawrence is one of his peers’ most important trumpet players. “The rest of the band is equal to their brilliance.”