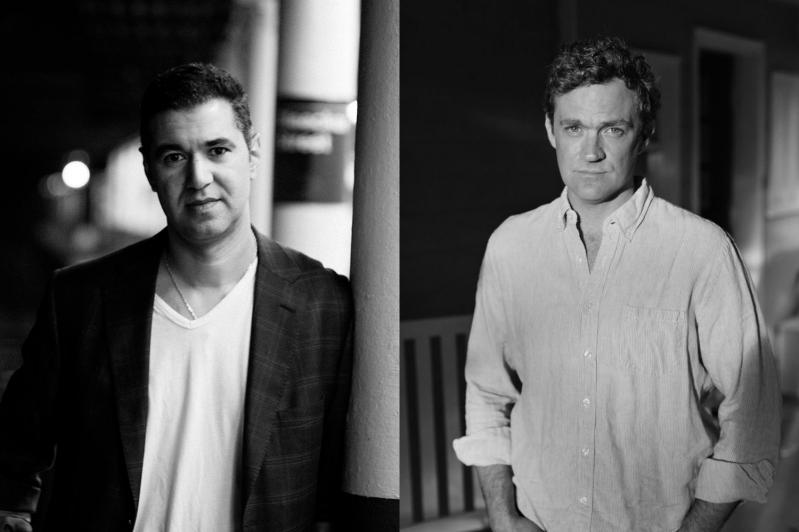 It wouldn’t quite be summer out here without the Fridays at Five readings — the ones on the Hampton Library’s back lawn off Bridgehampton’s Main Street, en plein air, chardonnay in disposable tumblers and comestibles on trays, a lectern in front of molded plastic chairs, questions and answers, book signings with a meet-and-greet afterward.

The series starts on July 12 with Patrick Radden Keefe’s appearance with “Say Nothing,” his new book, subtitled “A True Story of Murder and Memory in Northern Ireland.” It chronicles a notorious episode in Belfast in 1972, when a woman was abducted from her home in full view of others, who never spoke of it out of fear of the Irish Republican Army and its guerrilla tactics. Mr. Keefe, a staff writer for The New Yorker, uses the incident as a way of examining the lasting effects of “the Troubles” that afflicted the region for decades.

Chris Babu, a former bond trader who lives part time in Southampton, has been at work in the fertile fields of Y.A. dystopia of late, and he’ll read from his debut novel, “The Initiation,” on July 19. It follows a group of teenagers in New America, a police state complete with a caste system, as they negotiate a succession of puzzles to escape the tunnels of a defunct New York subway system. His recent sequel, “The Expedition,” finds the teens venturing outside the walls of their city-state to seek out civilization in what was once Boston.

July 26 brings Laurence Maslon, who has a show on WPPB hereabouts, with “Broadway to Main Street: How Show Tunes Enchanted America,” and then Helen A. Harrison of the Pollock-Krasner House and Study Center will read from her novel “An Accidental Corpse,” billed as a “Jackson Pollock whodunit,” on Aug. 2.

“Elvis in Vegas”? That’s the choice subject matter of Richard Zoglin’s new one. The Time magazine theater critic will stop by to discuss it on Aug. 9. The following week the series wraps up with Chris Pavone and his latest espionage thriller, “The Paris Diversion.”