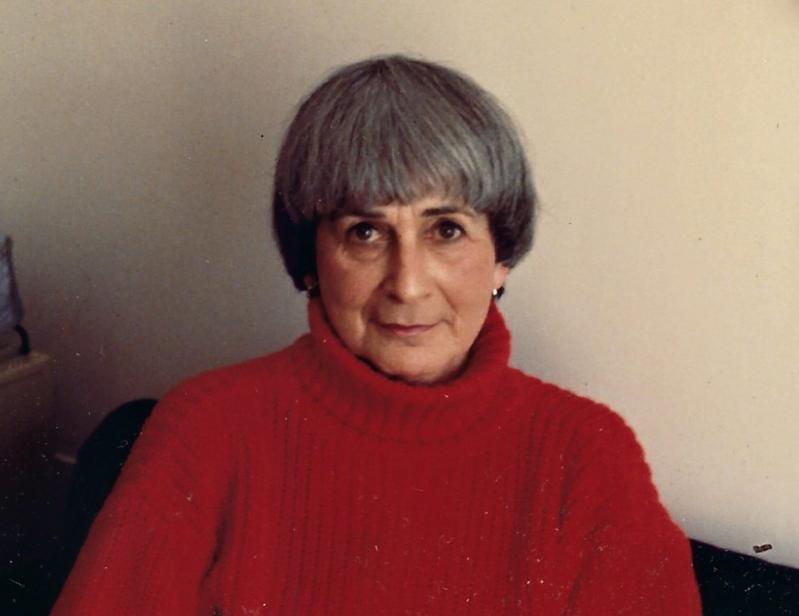 Hortense R. Carpentier, a longtime Springs resident whose varied career spanned music, film, literature, real estate, retail, and medicine, died on June 17 at the New York State Veterans Home in upstate Oxford, surrounded by her family. Death was attributed to cardiac pulmonary arrest after a more than four-year illness. She was 93.

Horty Carpentier was born Hortense Ruth Geist on Aug. 4, 1925, in Paterson, N.J., the youngest of three children of Charles and Augusta Geist, who were Polish immigrants. In her youth, her family said, she was “a raven-haired beauty” who was dubbed, at age 16, the “Hedy Lamarr of New Jersey” by the local newspaper.

She graduated from a commercial course at Paterson High School and immediately put her secretarial skills to good use, working in the music, film, and literary worlds. In 1945, while working in Los Angeles for the Gershwin brothers, George and Ira, she met her first husband, David Alden Lambert, who was a singer for the Gene Krupa Band. They settled in New York City, where their daughter, Wendy Dee Lambert, was born. The couple divorced in 1952.

While vacationing on the South Fork in 1962, she met Ralph Carpentier, who was well known here as a landscape painter. They were married in 1963 and lived together on Fort Pond Boulevard until 2016. He died that year, also in the veterans’ home at Oxford.

Mr. Carpentier, a commercial fisherman and haulseiner in his younger years, was the first director of the East Hampton Historical Society’s Marine Museum on Bluff Road in Amagansett. His wife was fascinated by haul-seine fishing, and spent some 52 years, starting in 1964, working on and producing a documentary about the surfmen and baymen of the South Fork.

She owned a sandal shop on Main Street in East Hampton for a time, and worked as a licensed real estate agent. She translated two books of Spanish prose, wrote several short plays, and eventually graduated from college with a certificate in psychotherapy. She practiced in New York City and Springs.

In addition to Ms. Lambert, who lives in Greene, N.Y., Mrs. Carpentier is survived by a stepdaughter, Martha Carpentier of Newark, and three grandchildren. Her brothers, Sidney Geist and Herbert Geist, died before her.

She was cremated; her ashes will be buried at Green River Cemetery in Springs. A memorial gathering is being planned, to be held in Springs at a later date.