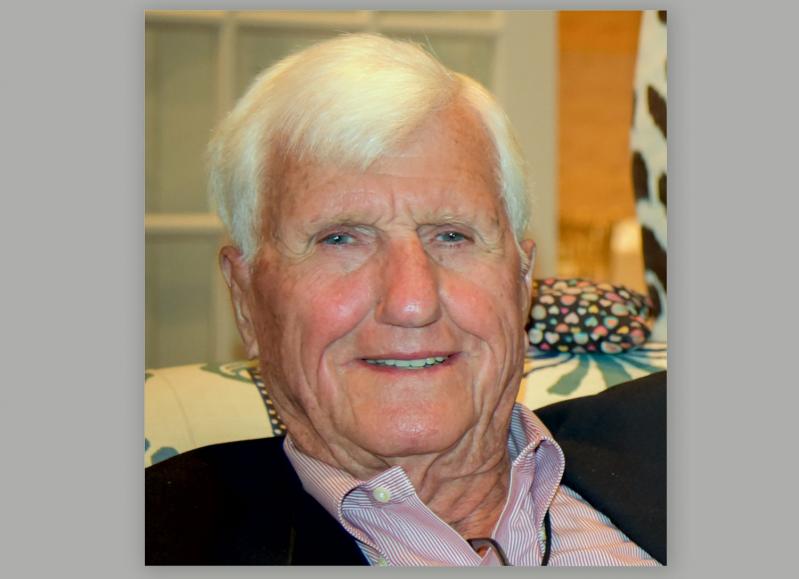 Joseph Durand Scheerer Jr., a former resident of Amagansett and East Hampton who had a career as a stockbroker and president of a dairy company, died of heart failure on June 12, surrounded by family at his house in Duxbury, Mass. He was 92, and had been ill for only a short time.

Mr. Scheerer ran the family dairy farm, the Newark Milk and Cream Company in Parsippany, N.J., also known as the Alderney Dairy, after he graduated from Princeton University in 1948. After the company was sold in 1972, he went to work for Spencer Trask & Company in Newark and Morristown, N.J., as a stockbroker, retiring in 1982.

Born on Sept. 10, 1926, in East Orange, N.J., he was one of two sons of Joseph D. Scheerer Sr. and the former Jane Bond Ingersoll. He grew up in Llewelyn Park, N.J., and began spending summers in East Hampton as a teenager in the early 1940s, when his father bought a house on West End Road.

He attended the Hill School, a prep school in Pottstown, Pa., graduating in 1944. A childhood illness had caused him to lose most of his hearing, but he grew into an accomplished athlete, becoming a nationally ranked junior tennis player. He played tennis, squash, and hockey while studying at Princeton, where he was a member of the University Cottage Club.

In June 1959, he and Nancy Pardue were married at St. Luke’s Episcopal Church in East Hampton. The couple lived full time in Amagansett between 2000 and 2012 before moving to Duxbury. In East Hampton, Mr. Scheerer volunteered for Meals on Wheels and was a member of the Maidstone Club. He was also a member of the Jupiter Island Club in Florida and the Fells Brook Club in New Jersey.

“Joe loved a competitive game of tennis and one of his final wishes was to play another round of golf,” his family wrote.

In addition to his wife of 60 years, he is survived by his two children, Hillary Scheerer of New York City and Daniel Scheerer of Duxbury. He also leaves four grandchildren. His brother, William Scheerer II, died before him.

Mr. Scheerer was cremated, and his ashes were buried at Cedar Lawn Cemetery in East Hampton. A memorial service here is planned for later this summer. The family has suggested memorial donations to the Covenant House, 461 Eighth Avenue, New York 10001, or to East Hampton Meals on Wheels, 33 Newtown Lane No. 205, East Hampton 11937.