As election losses mount, Fusion allies vow to carry on as loyal opposition 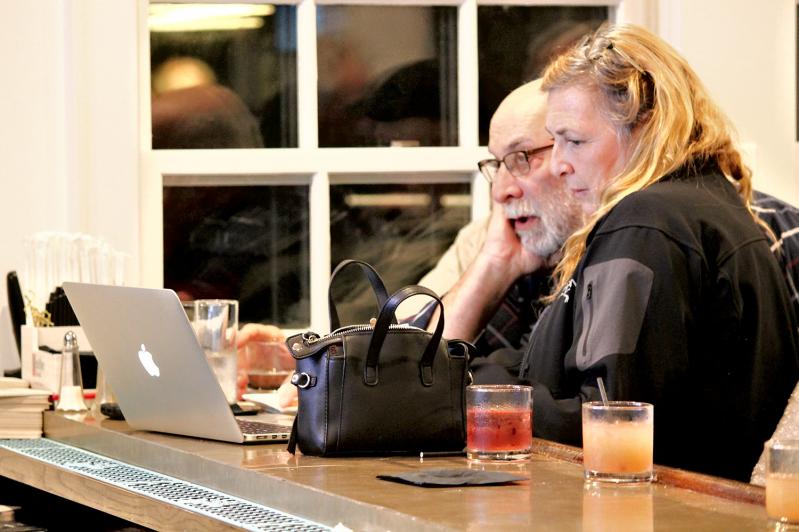 “The political scene in East Hampton is in a changing mode, a state of flux,” Kyle Vorpahl, secretary of the East Hampton Town Republican Committee, said yesterday. “Everyone involved is perhaps considering their public stance and personal convictions.”

Elaine Jones, chairwoman of the East Hampton Independence Party, sought to tie Tuesday’s local election results to the partisan divide at the national level. “The elections all over the country have been about Trump,” she said on Tuesday night. “I do feel that people are so angry right now. They don’t want to talk Republican.”

Ms. Jones said her party will continue to work with and promote candidates under the EH Fusion Party. “We will all still be working together to build our parties. This ticket was a combination of Independents, Republicans, and Democrats. You don’t have to be Democratic or Republican now. Perhaps the voters are not quite ready for this.”

Election Day marked the culmination of an unusual campaign, one that saw a group of disaffected Democrats break away from the town’s Democratic Committee. The East Hampton Reform Democrats — led by David Gruber, a former chairman of the committee and the Democratic Party’s 2001 candidate for supervisor, and Rona Klopman, who came up short in a third bid for trustee on Tuesday — ultimately united with Republicans and unaffiliated candidates as the EH Fusion Party. The East Hampton Independence Party endorsed all of the Fusion Party candidates, who also appeared on the Libertarian Party’s ballot line. Many also received Conservative Party backing.

The Republicans came into this election cycle licking their collective wounds. Councilman David Lys, who had been appointed to the board in January 2018 following then-Councilman Peter Van Scoyoc’s election to supervisor and then fought off a primary challenge by Mr. Gruber, defeated his Republican opponent, Manny Vilar, with nearly 70 percent of the vote in a special election last November. (He is serving the final year of Mr. Van Scoyoc’s unexpired term as councilman this year.)

Two weeks later, the Republican Committee sought and received the resignation of its chairman, Amos Goodman, following a Suffolk County District Attorney investigation into the validity of nominating petitions he had submitted for Mr. Vilar’s campaign.

Mr. Vilar was named chairman of the Republican Committee and Diane McNally, a longtime clerk of the trustees who was defeated in 2017, was named vice chairwoman.

Republicans, vastly outnumbered by Democrats in town residents’ party registration, named Richard Myers as their candidate for supervisor; he soon opted not to run. The Republican Committee screened Mr. Gruber to be its candidate for supervisor. In a spring meeting at the American Legion Hall in Amagansett, he accused the town board of “rampant cronyism” and, possibly, “genuine cor uption,” emphasizing areas of agreement with Republicans and downplaying conflicting points of view. “I helped create a monster, this Democratic machine monopoly,” he told the Republicans.

The screening followed internal deliberations in which Republicans grappled with a Hobson’s choice: endorse a candidate of whom some were suspicious or skeptical, or endorse no one. Some members of the committee were clearly uneasy about Mr. Gruber’s stance on issues such as undocumented immigrants and East Hampton Airport.

In April, the committee issued a tersely worded statement announcing that it had been unable to persuade the G.O.P. county leadership to let candidates who are not registered Republicans appear on the party’s line in the East Hampton election. As a result, the Republican line on the ballot did not list candidates for supervisor or town board, and included just five candidates for the nine-member trustee board.

Meanwhile, the East Hampton Independence Party chose Mr. Gruber, Bonnie Brady, a registered Democrat, and Elizabeth (Betsy) Bambrick, who is unaffiliated with a political party, for the top of the ticket.

In May, the EH Fusion Party filed a nominating petition for a ballot line in the general election. But most of its candidates failed to file a timely notice of acceptance, as required by New York State election law when independent nominating petitions are submitted, and their candidacies were declared invalid. An effort to surmount that oversight through the board of elections’ vacancy committee also failed. A lawsuit against the board of elections and its Democratic and Republican commissioners was dismissed in August.

Indeed, it has been a challenging era for the Grand Old Party in a town that that was once solidly Republican. When she ran for supervisor as a Democrat in 1973, Judith Hope said on Monday, party registration favored Republicans by at least 3-to-1. "There were very conservative voters, and when I got active in it locally, there really was no Democratic Party, there was a remnant of a Democratic Party," she said. "It was a very tough battle." Democrats "were viewed with great suspicion and hostility when we first became active," she recalled.

"I broke into politics then," Larry Cantwell, a Democrat who served as East Hampton Village administrator for 31 years before winning two terms as town supervisor, said on Tuesday. "At that time, literally, you'd go door to door and they would come to the door and say 'Please leave my porch, I can't have anyone see a Democrat on my front steps.' People were afraid they would lose their job."

"That's true," Mr. Cantwell said. "That happened." Today, however, "The whole thing has turned upside down."

The incumbent Democrats "are doing as well as they can," Ms. Hope said. "I think they're very good people; we're damned lucky to have them. I see local elected officials all over the state, and these people are head and shoulders above what I see elsewhere. They're smart, and they have the right motivations."

With Reporting By Christine Sampson