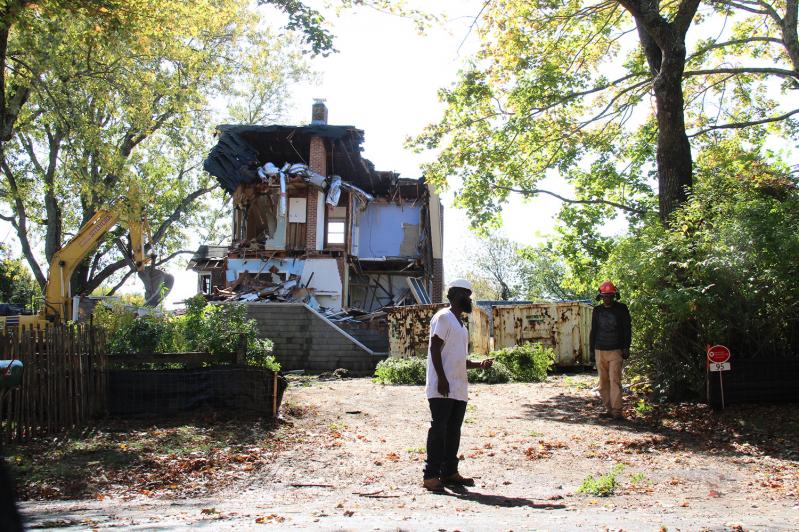 When I was a young (ish) bride (1982) and new to the South Fork, one of the things my new husband and I did on weekends was just drive around and look at stuff. He called it shoelacing; I called it zigzagging — we would wend up one road and down the next.

John, my husband, knew the lay of the land from years of summer rentals, and then as a (tiny) home weekender. My summers in Orient put the water on the side of the sundown, rather than the sunrise. I had to re-orient. (Though I never got the hang of Northwest and the Ely Brook Banks whatever — you know what I mean.)

On our little drives we would marvel at the houses, large and small, stately, historical, and hilarious. We would play the game that many play: “Would you live there?” “Would you live there?” In part we were testing each other’s taste and of course we were playing house. During this game money was no object. It was simply, would you buy it and live in it? The why or why not was secondary.

My husband’s little weekend house was about 600 square feet, suitable for one gent’s weekending, a bit tight now with the new bride and two cats. So maybe we were shopping. But we never got out of the car.

On the way back to New York on Sunday nights we would keep talking about architecture: new or renovate, ocean or estuary, woodsy or towny. The daydreams hinged on this: If we won the lottery. We never specified the amount of the lottery winnings we were hoping to win — it was the 1980s and $3 million was a big payout.

We never won the lottery, but we did find a lottery dream house. We both agreed instantly. Location: perfect, across the street from the Nature Trail. Size: not huge but bigger than ours. Shingled, generous porch, bungalow style. You might call it craftsman, or cottage style. Walk to town, nice position on a generous yard, a well-loved look to it. Cozy. One weekend we drove by and it was for sale.

We never pursued it, since the lottery god had not been on our side. But we kept feeding the ducks at the Nature Trail and pretending how lovely it would be to just stroll across the street to feed them, or sit on the porch and listen to the geese honking, and see the Nature Trail fawns in the unfenced yard.

Of course we would have bought it without seeing the inside. Holding a fistful of cash, as fantasy lottery winners, we would drive up, knock on the door, and say, “Name your price.” We knew we would love the inside. So maybe there would be a leaky basement or some damp in the attic; in our daydreams it would be perfect.

As they say, all things come to an end, and while I still hope for that lottery win, I mostly wish I could still drive around with my late husband.

The dreams of that particular house are now over. Yesterday that house was in pieces in a Dumpster. My dream house. Feeling like I’d lost a good friend, I drove on quickly.

The house that will replace it will likely have a deer fence around it, even though the property adjoins the perfect stream that takes the ducks and swans out to Hook Pond, a fence that will keep the deer from drinking from the stream, or playing in the dew. Hope I’m wrong. Guessing there will be a trophy basement with wine cellar and exercise room, en suite bathrooms, and two islands in the chef-style kitchen. Likely there will be lots of big windows, mostly shaded against the setting sun.

A house I pretended was mine is gone. I imagine all over East Hampton people are realizing the tragedy of the loss of the native and original houses.

I didn’t get a chance to say goodbye to my dream house. A proper goodbye would have been a walk around the outside, maybe a picture or two. Listening for the geese where a lawn chair might have been.

So this is my only opportunity: Goodbye, dream house, we would not have torn you down.

Durell Godfrey is a photographer for The Star.