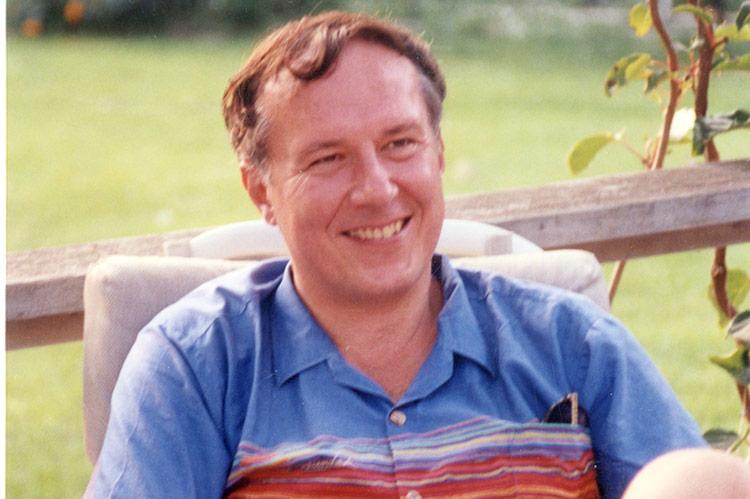 Hugh Thomas Quigley died suddenly and unexpectedly on Sunday of cardiac arrest at his family’s cabin in Vermont’s Northeast Kingdom, in the hamlet of Lyndonville. “He left this world in a brief moment, with no pain and surrounded by the peace of nature that he so deeply appreciated,” the family said. He was 75.

Mr. Quigley, who was called Tom, had been training to be a lifeguard only this past summer. Spending time on the beach with his family and his dogs was a great joy to him, relatives said, and also working in his garden.

He was a stockbroker at Merrill Lynch on Wall Street when he met Theresa Koncelik, a member of the Koncelik-Whelan families of Northwest. They married on Oct. 5, 1985, in East Hampton, and joined the Koncelik-Whelan clan. The couple had five children.

Mr. Quigley worked as a financial adviser here. He was “beloved by his community, and found friends wherever he went, be it through his recent endeavor in ocean lifeguard training, fellow dog lovers at the dog park and beach, or even at the dump, where he looked for random treasures to take home,” his family wrote.

Hugh Quigley was born on July 5, 1944, in the Bronx, the son of Hugh Thomas Quigley Sr. and Olga Stupin Quigley, who had moved there from Florida. Mr. Quigley put himself through night school at Manhattan College while working as a police officer in the city, earning a B.A. in business.

At home in East Hampton, he was an enthusiastic swimmer, both at the ocean and at the Y.M.C.A. East Hampton RECenter. “He was gregarious, quick with a joke, and had a laugh that filled the room,” his family wrote.

He is survived by his wife, Theresa Koncelik Quigley, and by their children, Sally Ann Quigley Lopez of Milton, Ga., Helen Quigley of East Harlem, N.Y., Joseph Quigley, who is in his last year of graduate school in Los Angeles, Rodger Quigley of Manhattan’s Upper West Side, and Doris Quigley of Paris, as well as more than two dozen nieces and nephews. “Theresa and his children were his world, and he theirs,” they said. One sibling, Judith Quigley DeToy of Riverdale, died some time ago.

The family will receive visitors tomorrow at 2 Timber Lane, East Hampton, between 5 and 8 p.m.; first for a wake, and then, at 6:30, to share memories. On Saturday at 11 a.m., a funeral Mass will be said at Most Holy Trinity Catholic Church in East Hampton. Burial will follow in the church cemetery on Cedar Street, after which a celebration of his life will be held at the Timber Lane house.

Donations in Mr. Quigley’s name can be made to the East Hampton Town Lifeguards by phoning John Ryan Jr. at 526-429-2973 or sending an email to [email protected].