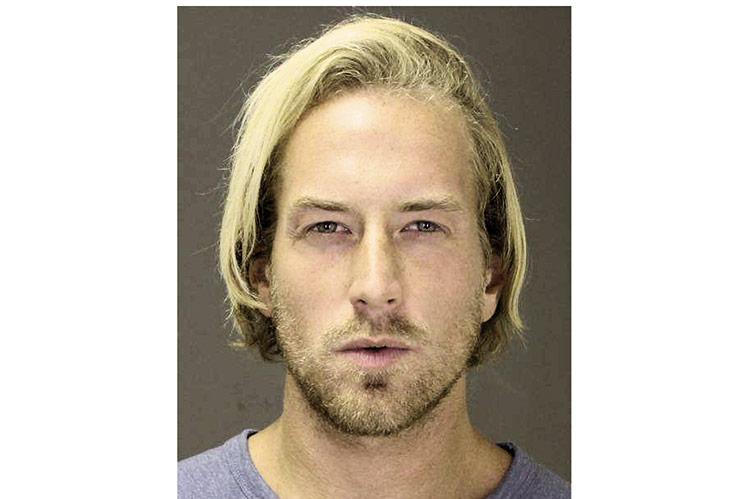 Thomas Gilbert Jr. after his 2015 arrest in the shooting death of his father
By Taylor K. Vecsey

Thomas Gilbert Jr., the Princeton graduate who was found guilty in June of murdering his father, was sentenced on Friday to 30 years in prison for the crime. The family were longtime summer residents of the Georgica Association in Wainscott.

A jury determined that Thomas Jr., now 35, had shot the 70-year-old hedge fund manager in his Beekman Place apartment in Manhattan after showing up there unannounced on Jan. 4, 2015. According to court records, he persuaded his mother to leave the apartment by asking her to fetch him a sandwich and a Coke, which she never kept in the house. Once she was gone, he shot his father in the head with a pistol he had bought months earlier. He then staged the scene to try and make it look like a suicide before fleeing.

Mr. Gilbert was ruled competent to stand trial, despite his lawyers’ arguments that he was mentally ill and incapable of assisting in his own defense. Members of the jury reportedly said after the verdict that while they believed Mr. Gilbert does have a mental illness, he knew enough to get his mother out of the apartment under a ruse.

The prosecution painted a picture at trial of an ungrateful child of privilege who did not have a job, and who killed his father in a fury after his weekly allowance was cut.

His mother, Shelly Gilbert, pleaded with the judge for lenience and asked that her son be sent to a psychiatric facility, saying that he was mentally ill and that her husband would have wanted his son to have a future.

In the months before the elder Gilbert’s death, police considered Mr. Gilbert a person of interest in a September 2014 fire that destroyed a house in Sagaponack. The house, a 350-year-old landmark on Sagg Main Street, was owned by the parents of a friend, Peter Smith Jr., from whom Mr. Gilbert had been estranged. Two weeks before the fire, Mr. Gilbert was accused of assaulting Mr. Smith in Brooklyn. No charges were ever filed.