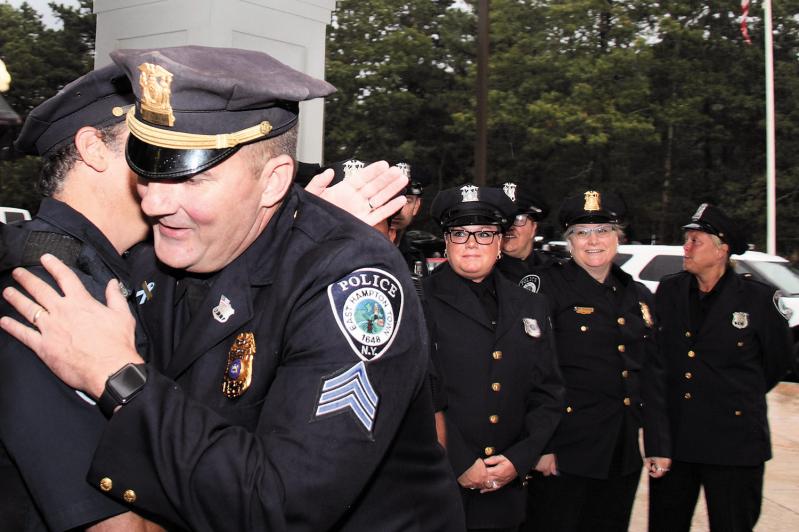 East Hampton Town Police Sgt. Joseph Kearney has retired after 22 years with the department. His fellow officers saluted him in a ceremonial walkout, held under a canopy in the pouring rain last Thursday.

Sergeant Kearney was a founding member of the Emergency Services Unit, a field training officer, a defensive tactics instructor, a State Liquor Authority enforcement coordinator, and served as the Montauk Precinct Commander throughout his career. He has been recognized with a lifesaving award, as a firearms expert, and as a responder on 9/11, and was named the 2006 Police Officer of the Year.