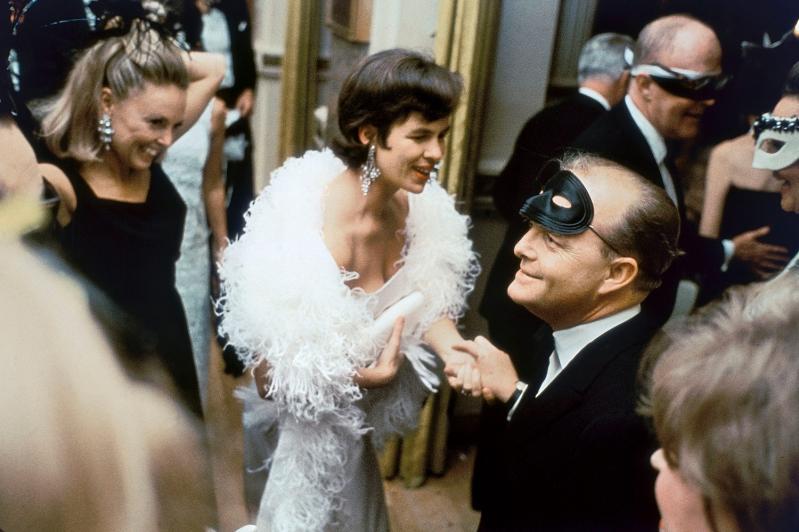 Truman Capote’s Black and White Ball, held at the Plaza Hotel in 1966 in honor of Katharine Graham, the publisher of The Washington Post, was the New York social event of the decade and a way of settling scores for the author and socialite.
By Jennifer Landes

Although it is tempting to believe that everything that ever could have been said about Truman Capote has been, “The Capote Tapes” proves nothing is further from the truth.

The Ebs Burnough film uses taped interviews George Plimpton made as the basis for his 1997 oral history “Truman Capote: In Which Various Friends, Enemies, Acquaintances, and Detractors Recall His Turbulent Career” as a starting point for a documentary that sheds light on areas of Capote’s life that others left behind.

Interspersing his own present-day interviews with those from the past, Capote’s television appearances, and recreated scenes and old footage of New York and other locales, Mr. Burnough addresses Capote’s stellar literary career and the years before and after he wrote “In Cold Blood” — the focus of so many other treatments of the author’s life. The film will be presented as part of the Hamptons International Film Festival, which begins next Thursday.

“I was always curious about Capote the man,” he said last week. “I love Philip Seymour Hoffman in ‘Capote’ and Toby Jones in ‘Infamous,’ but there had not been anything like a documentary that told his story outside of his writing ‘In Cold Blood.’ ” It turns out that the author had a much fuller and more complicated life.

Capote worked on the book in a house in Sagaponack he bought in 1961 and owned until his death in 1984. There were also homes in New York City, Palm Springs, Calif., and Switzerland, but, Mr. Burnough said, “By all accounts, the place he felt most at home was in the Hamptons.” It was a place he loved where he could be himself. “It’s easy to forget and get caught up in the glamour of who is out there, but it was and still is a community of artists.”

Capote’s unconventional approach to his life and work seemed rooted in his open homosexuality at a time when few dared to live so publicly. “Other Voices, Other Rooms,” his first novel, featured a gay character and, as the film shows, a very debauched-looking author’s photo on the back cover.

He continued his transgressive approach to fiction with “Breakfast at Tiffany’s,” which had a prostitute as a central character who, as the film notes, may have been based on his mother. “In Cold Blood” was one of the first if not the first hybrid of nonfiction and novel. And “Answered Prayers,” with its chapter “Le Cote Basque 1965,” was so inflammatory that it cost him some of his closest friendships. If the book was ever finished, it was never published.

Although Capote had “a reputation as a tiny terror or rapier wit,” for Mr. Burnough what resonated with him as a stepfather to three children was Capote’s unofficial adoption of Kate Harrington, the daughter of Jack O’Shea, his onetime lover and manager. “He became a true parent to her. As a gay man, I think it’s profound that Truman created a family for himself that was so not a possibility at the time.”

While their relationship may have been most famously documented at Studio 54, where the photographer Ron Galella captured Capote passed out while she spoke to Gloria Swanson over him, “the way she talks about him, her affection and appreciation, she views him as a true parent.” Given the negative things written about him throughout and after his life, “here was a profound piece of his humanity.”

The older audio tapes of people like Lauren Bacall and William Buckley are interspersed with video recollections by Jay McInerney, Sally Quinn, John Richardson, and others who knew him well or socially. Sometimes they recall his deeds, other times they assess his work, as with Norman Mailer, who said Capote “wrote the best sentences of anyone in our generation.”

It is easy to take the artistry for granted in artists who are part of the canon or are second nature to us, Mr. Burnough said. “Truman worked very deliberately. He had such dedication and diligence, certainly in his prime before alcohol and drugs and so many other things entered his life.”

With so much material, it was a challenge to decide what to leave out of the film. “We spent a lot of hours in the editing room trying 100 different ways to tell the story,” he said. “The reality was if you watched ‘In Cold Blood’ or read it or ‘Breakfast at Tiffany’s’ or seen either of the biopics, you would feel, like I did myself, ‘Oh, I know him.’ ” Instead, “I wanted to try to tell people something they didn’t know.”

This is Mr. Burnough’s first film. According to his Twitter profile he was previously the White House deputy social secretary and senior adviser to Michelle Obama and a specialist in brand strategy and strategic communications. Now, however, filmmaking is “100 percent my profession,” he said. “I loved my time in politics, was so lucky to have worked for Governor [Andrew] Cuomo when he was attorney general, and loved working for the Obamas, but I’m happy to be out of Washington and embarking on a new time.”